Judy L. Mohr is an engineer by background, but a writer at heart. Her PhD specialized in astronomical instrumentation, where she used stellar light to measure the horizontal air movement above the McLellan 1-m Telescope, Tekapo, New Zealand. Her post-doctoral research was with the MARS research team, who are developing the world’s first spectral-CT scanner. Needless to say, optics, imaging and light are her thing. To find out more about her personal projects, follow Judy on Twitter (@JudyLMohr), or visit her at www.judylmohr.com .

Analog versus Digital Imaging for Writers

You’re watching your favorite crime TV show or movie. There comes a point when the detectives are looking at the images from the CCTV footage taken at the time of the crime. The chief investigator leans over the shoulder of the technician in charge of cleaning up those images, trying to find anything that was missed in the initial passes.

The tech zooms in on what looks like nothing but a fuzzy blob.

The technician hunches over the keyboard. A few keystrokes and clicks of the mouse later, the image reveals the fully featured face of the mob boss that they have been trying to catch since the beginning. Or you get that license plate number from the gray blob. Pick any detail that you want, and Hollywood can make it appear out of thin air, claiming that it’s science. 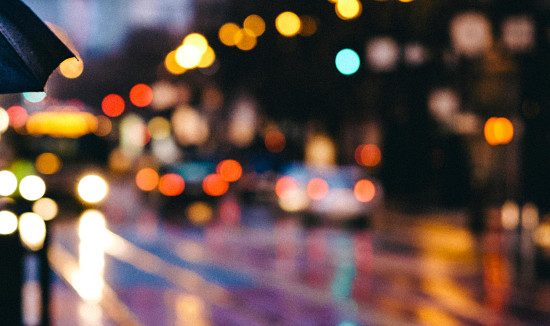 Hollywood would have us believing that license plate numbers can miraculous be extracted from the blurriest of images (Image Credit: Pixabay).

There are so many things wrong with this concept, one struggles to even know where to begin. For the moment, I’m going to completely ignore the time it takes to actually process those images. That is an entirely different conversation that has the potential of becoming mathematically intensive. Instead, I want to focus on how Hollywood seems to think that image processing can work magic, pulling details out of a blobby mess.

It doesn’t matter how advanced technology gets, there is always a limitation to what image processing can do. Yes, there are algorithms that will look for changes in the image contrast, identifying possible hidden features. However, there will always be certain details that will be lost, simply because an image is digital.

The Rise of Digital

There was once a time when everything that we did used analog signals. Radio. TV. Telecommunications. Even photography.

Film photography captured images in a way that digital photography never will be able to. All details are preserved for every corner of that image, such that finding minuscule details becomes a simple matter of increasing the size of the print. Because of the way analog works, a photo the size of the wall (floor to ceiling) will possess the exact same level of detail as that wallet size photo—except you’ll be able to count the nose hairs in your husband’s left nostril without the use of a magnifying glass.

Within digital photography, a snapshot of that image will be sampled and some of the details will be lost due to that sampling. The greater the sampling rate, the more details are preserved. However, no matter what you do, no matter how sophisticated digital photography becomes, the nose hair will likely disappear from the photographic record—much to your husband’s relief.

Let’s look at this in terms of simple lines and curves. Consider the wavy line in Figure 1(a). An analog system would take a perfect image of that, allowing us to zoom in to any portion of the curve and see the wavy detail. However, the accuracy of the digital system will be dependent on the sampling rate. While it might be quicker to sample at larger intervals, significant portions of the details are lost (Figure 1(b)). If you sample more frequently (Figures 1(c) & (d)), more of the details will be preserved, but at a cost, often time and data size. Eventually, there comes a point where one can oversample, sampling at such a high frequency where the costs outweigh the benefits. 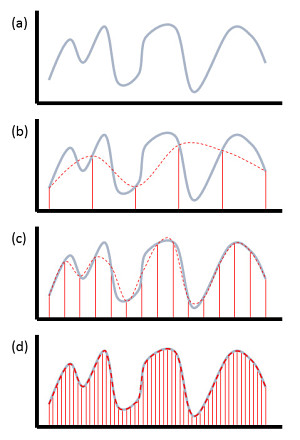 The accuracy of a digital system is dependent on the sampling rate. (b) Insufficient sampling will result in details being lost. (c & d) Sampling at higher frequencies will preserve more data, but at a cost (Credit: Judy Mohr).

I won’t go into all the mathematics into working out the ideal sampling rate. If I did, I would put us all to sleep. However, I do want to take a quick moment to discuss what is meant by aliasing, simply because I have encountered the odd piece of fiction that spouts off this term to make their false science sound more plausible, but they use the term in the wrong way.

To put it simply, aliasing is when one signal can look like another due to insufficient sampling. The only way to get around this is to increase your sampling rate. It is the job of the person designing the system to determine what the minimum sampling rate is required to capture ALL of the required detail, at which point they typically double it.

There are post-processing tricks that one can use to compensate for insufficient sampling, which is what the scenes in the movies try to emulate, but post-processing techniques can only do so much. A pixel is still a single pixel.

The Costs of Digital Photography

Within digital photography, the costs associated of high sampling rates can be categorized in three different areas: image size (and disk space), image processing time, and the cost of manufacture.

There’s not much that technology can do about image size and the related disk space, except make larger images that use more disk space. A single pixel of an image will still be a single pixel regardless whether that pixel is in a 1024×768 array, or a 2048×1536 array, except now the full image is four times the size (doubled in both directions). Complicate the matter by whether you’re looking at a color or black-and-white pixel, and image sizes can be insane. However, our advancements in nanotechnology has meant that we can now save more data on those tiny devices.

A full conversation about image processing time would involve computer clock speeds and processors, but with enough money, you can have a supercomputer crunching those numbers for you. Regardless, it shouldn’t be that hard to fathom that the more pixels you have in an image, the longer it’s going to take to manipulate the image. Large images take longer to save, even on your smartphone.

It’s the cost of manufacture where modern technology has significantly helped. When it comes to digital photography, the cost of generating the pixel array significantly increases the more pixels you have on that array, and certain configurations are easier to manufacture than others. Again, advancements in nanotechnology has meant that more pixels can be compacted into a 1cm x 1cm square. Because of it, many of us can now carry a 16+ MP camera in our pockets, but do these large pixel array camera produce better quality images?

Within cell phone cameras, there is a single lens that projects an image onto the digital pixel array, along with some software behind it. The software often includes some basic level of image processing that allows you to apply mood filters and provide a level of zoom on your images, but this zoom is digital. It’s created through image processing algorithms that interpolate data from neighboring pixels, filling in the gaps where it can. However, even the best interpolation algorithms are still limited to the effects caused by sampling size.

Remember our discussion above on losing detail at the time of sampling? Well, because of this, digital zoom will appear grainy. Data is missing.

It is for this reason why a 14MP DSLR camera with a configurable optical lens will always take better images than your 16MP camera on your smartphone. That configurable lens uses an analog approach for zooming in. Analog is continuous in its sampling, hence ALL data is preserved. You are still taking an image that is 14MP, but the digital sampling is applied across a smaller region, say one that represents 100 m instead of 1 km, providing a significantly greater detail across that 100 m span.

I know it sounds all complicated, but trust me, there is a reason that you will NEVER see a professional photographer taking those wedding pictures with the camera on his cell phone. Film and TV will always use cameras with optical lenses for those close-up shots. And stellar photography of distant stars and galaxies will always employ an optical telescope.

The digital age has produced some amazing advances, things that even photography has benefited from, but to come back to that initial crime TV show and that miraculous details that appear from that blobby mess in only a matter of seconds… No matter what, digital photography will always have its limitations, simply because it’s digital. 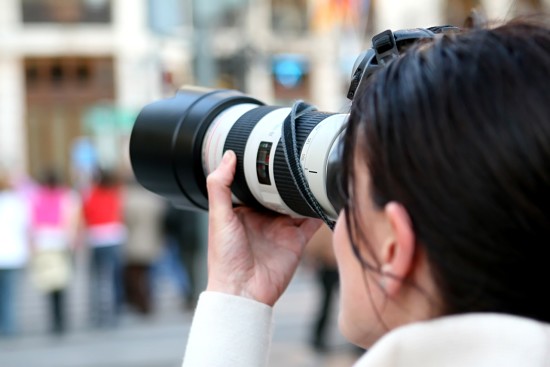 A professional photography is likely to use a DSLR camera with optical lenses.

On a side note: For anyone who either can’t afford a DSLR camera, or doesn’t want to be encumbered with carrying both a smartphone and a fancy camera (with multiple lenses), you can buy lens attachments that clip onto your smart device. Even the cheapest of these clip-on lens systems will significantly improve the image quality of your smartphone camera. There is no need to resort to digital zoom.