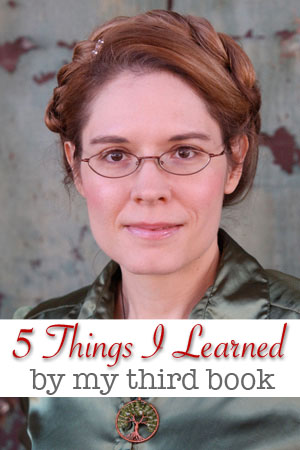 Today I’m pleased to host Beth Cato, a fellow Harper Voyager author and all-around great person whose third novel, Breath of Earth, has just hit the shelves. She’s here to share some of the lessons learned in her already-storied publishing career.

5 Things I Learned By the Publication of My 3rd Book

I am constantly learning as I write novels, in terms of research, technical skills, or complicating my storylines. Learning about the traditional publishing industry is a whole other sort of education, one that is brutal, frustrating, and rewarding in turns.

My first novel, The Clockwork Dagger, debuted in September 2014, followed by The Clockwork Crown in June 2015, and now my new series starts on August 23rd with Breath of Earth. Within the turbulent publishing industry, that means I’m a seasoned pro… and one that is still often bewildered by the nature of the trade.

Here are five things I’ve learned in the past two years.

The publishing industry changes out editors and staff the way most people switch out towels. Case in point: I’m now focused on my fourth book, and I’m on my fourth editor. Editors often switch between publishers, or might leave the industry completely. This is rather upsetting as an author. There are the professional reasons to be upset: concerns about if the new editor will like your work, or how the change will impact continuity in a series, or if they will respond to emails in a timely matter… and there are the personal reasons, too.

An editor isn’t just a point of contact for edits, but for a wide variety of developmental questions or concerns that pop up during the prolonged publication process. I usually email with my editor several times a week. I became good friends with one of my editors, who worked on two of my books; this was someone I was happy to spend time with at a convention, complete with tacos and margaritas. But she moved along, and so must I.

4) Agents aren’t just there for the book deal.

Those editorial transitions highlight the need for an active literary agent to advocate for you and your book. Agents act as constant mediators between author and editor. They can address everything from book covers to promotional efforts to status reports on when book edits will land. They do the necessary nagging and spare the author a lot of awkwardness.

3) You have to do a lot more than write when it’s book release time.

The amount of support a book gets will vary drastically from publisher to publisher or even within an imprint. If you’re lucky, you get a publicist, and that publicist actually responds to emails and will work to get your book out there. Even if you are blessed in such a way, you still should be prepared to work your tail off to promote your release.

Start writing guest blog posts well in advance. Seize opportunities for interviews. Scout out sites with high visibility and know what you should do to get on there; a place like John Scalzi’s Big Idea has posted guidelines that require a query one to two months before a release. Fully expect for promo to chew up all of your time in the weeks around the book release.

2) The writing-publishing cycle means you must remember to promote the right book.

Traditional publishing is sloooooow. Breath of Earth is out on August 23rd, but I haven’t read the book at all since my first pass pages (pages typeset as in the actual book) back in February. Instead, my focus has been on the sequel, Call of Fire. This means I am doing promo for the older book, and I have to remember I’m not talking about the new book that is foremost on my mind. Back before I was published, I saw other authors discuss how mind-bending this can be at times, and how it can be very easy to drop spoilers by accident. I totally get that now.

1) Numbers mean everything, but the data is slow in coming.

Writing is a business. Sales means everything. Depending on your publisher, though, it can be a long wait to find out how you’re actually doing. Many publishers will only send full reports one or twice a year. In the meantime, you can see some data through Amazon’s BookScan or via sites like Novelrank, but that is not comprehensive across all reporting stores or include things like sales to libraries, or compile both ebooks and print copies. That can make sales look a lot more depressing than they actually are. Some authors take comfort in tracking numbers and trends; others (like me) need to avoid it entirely to stay sane.

Through all the pressure about promo and sales, I have had to learn more about my own limits so that I can take care of my writing career and its stressful deadlines while still tending to myself and my family. It’s a hard balance at times, but I love what I do, and I plan to keep on doing it. I look forward to book four and beyond!

About Breath of Earth 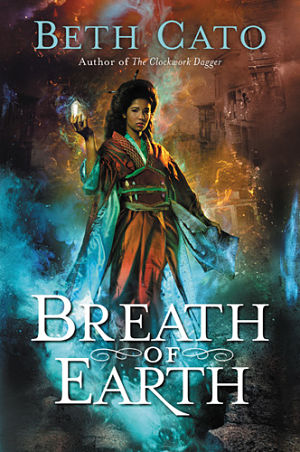 In an alternate 1906, the United States and Japan have forged a powerful confederation—the Unified Pacific—in an attempt to dominate the world. Their first target is a vulnerable China. In San Francisco, headstrong Ingrid Carmichael is assisting a group of powerful geomancer wardens who have no idea of the depth of her power—or that she is the only woman to possess such skills.

When assassins kill the wardens, Ingrid and her mentor are protected by her incredible magic. But the pair is far from safe. Without its full force of guardian geomancers, the city is on the brink of a cataclysmic earthquake that will expose Earth’s powers to masterminds determined to control the energy for their own dark ends. The danger escalates when Chinese refugees, preparing to fight the encroaching American and Japanese, fracture the uneasy alliance between the Pacific allies, transforming the city into a veritable powder keg. And the slightest tremor will set it off. . . .

Forced on the run, Ingrid makes some shocking discoveries about herself. Her powerful magic has grown even more fearsome . . . and she may be the fulcrum on which the balance of world power rests.

Find it at Barnes & Noble or Amazon.

Beth Cato is the author of the Clockwork Dagger series from Harper Voyager, which includes her Nebula-nominated novella WINGS OF SORROW AND BONE. Her newest novel is BREATH OF EARTH. She’s a Hanford, California native transplanted to the Arizona desert, where she lives with her husband, son, and requisite cat. Follow her at BethCato.com and on Twitter at @BethCato.