On Tuesday, February 13th, Harper Voyager is set to publish The World Awakening, the final book in my Gateways to Alissia series! At last, all of those burning questions raised by The Rogue Retrieval and The Island Deception will be answered, and the fate of a pristine world decided. Numerous authors, friends, and colleagues have lent me their venues this month to help spread the word.

I’m a member of the Science Fiction and Fantasy Writers of America (SFWA), a professional organization for SF/F writers that offers numerous benefits, including a members-only lounge at WorldCon, nomination/voting in the Nebula awards, private discussion forums, and a committee to handle grievances between authors and publishers (GriefCom).

SFWA also issues a bimonthly New Release Newsletter where you can learn about members’ new books, stories, games, and other creations. In this month’s newsletter, they were good enough to include a notice about The World Awakening. And this week, SFWA president Cat Rambo is hosting me on her blog, Kittywumpus. 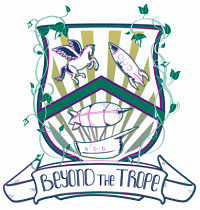 I’m an avid podcast listener, and follow numerous podcasts related to writing, publishing, and SF/F. One of my favorites in the latter category is Beyond the Trope, which bills itself as a podcast for nerds. They interview authors, comic book artists, literary agents, and other members of the community.

The hosts were good enough to invite me for an interview where we discuss some of the challenges of writing and publishing the third book in a trilogy. Give it a listen.

Speaking of podcasts, if you’re serious about writing SF/F you should probably be listening to Writing Excuses, a weekly podcast hosted by Brandon Sanderson, Dan Wells, Mary Robinette Kowal, and Howard Tayler. This is their twelfth season, which means there are hundreds of 15-minute episodes covering just about every aspect of writing and publishing.

Mary Robinette Kowal also generously lends her blog to other authors to talk about their books. I’ll be on there tomorrow to share my favorite bit about my series. Mary herself is an author with Tor Books and Serial Box, among others. Her recent book Ghost Talkers is a historical fantasy set in the time of World War I. Each soldier heading for the front is conditioned to report to the mediums of the Spirit Corps when they die so the Corps can pass instant information about troop movements to military intelligence. 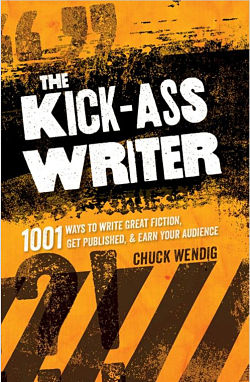 One of the best things about getting published is that gives me an excuse to engage some of my favorite authors. One of those is Chuck Wendig, a NYT bestselling author of the Miriam Black thrillers, creepy sci-fi novels like ZER0ES and INVASIVE, and of course, Star Wars novels. You probably knew that.

What you might not know is that Chuck has a nonfiction writer’s book called The Kick-Ass Writer, with 1,001 tips for writing great fiction, getting published, and building an audience. Chuck’s blog, Terribleminds, is one of my favorite places on the internet. I tried to channel my inner Wendig in my guest post, Nine Years A Penmonkey.

Beth Cato is another example of a great SF/F author with a fantastic blog. You may know her as “the steampunk author who bakes” because of her tendency to bring delicious baked goodies to conventions. Her novella Wings of Sorrow and Bone was Nebulated (nominated for the Nebula; I just made that up) last year. 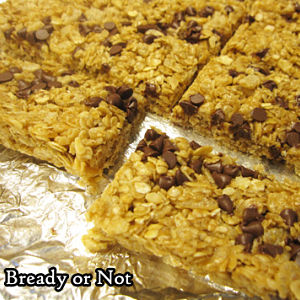 She also writes fantasy, by the way, and is getting some well-deserved attention for her Blood of Earth trilogy with Voyager.

But back to the baking. Beth’s blog Bready or Not is a collection of mouth-watering recipes, none of which will ever feature a soggy bottom. I fancy myself an amateur baker, so I managed to talk Beth into hosting a guest recipe for gooey butter cake cookies. Look for it later this week on Bready Or Not.

One of my favorite blogs about writing is Writer Writer Pants on Fire, hosted by Mindy McGinnis, a fellow Pitch Wars mentor. There are several posts per week, and now even a podcast. That is a huge amount of work, let me tell you.

On top of that, Mindy is the author of several books including A Madness So Discreet, which won the Edgar Award last year.

Mindy also does regular interviews with authors who are at various stages in their careers, from Submission Hell (SHIT) to Cover Reveal Anxiety Phase (CRAP) to Second Novel Omnipresent Blues (SNOB). Are those hilarious names, or what?

I get to stop by later this week to do a Successful Author Talk (SAT), and let’s just say I feel quite undeserving by comparison.

This was bound to happen: I nearly forgot to mention Kate Heartfield, who’s been a friend and confidante for years (we’re agency siblings). She invited me to her blog to talk about some of my likely writing influences as a child of the 1980’s. Kate herself has written an impressive amount of professional short fiction, and recently joined the long fiction fray with a Monstrous Little Voices novella.

But the most exciting news is that Kate’s debut novel Armed in Her Fashion will be published this May by ChiZine publications.

Last but not least, I should remind you that 2018 is significant not just because of my book release, but also the publication of Putting the Science in Fiction, a compilation of 60 expert articles for writers on science, technology, medicine, and other subjects to be published by Writer’s Digest this fall.

I didn’t realize it, but serving as primary author for this book gave me a golden ticket to write the occasional piece for WritersDigest.com, arguably the most respected website for writers out there. Look for my piece on tips for writing trilogies later this week.

Let me close by saying THANK YOU to my friends, family, and fellow authors who have supported me so far. Also, to the wonderful team at Harper Voyager that’s done such great work bringing my books to the world. I’m grateful to all of you.