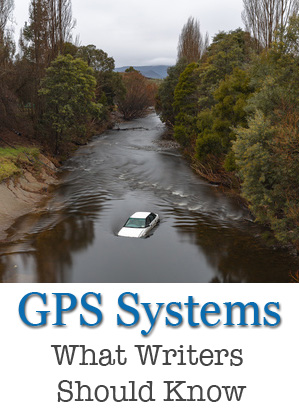 This article on GPS systems is part of the Science in Sci-fi, Fact in Fantasy blog series. Each week, we tackle one of the scientific or technological concepts pervasive in sci-fi (space travel, genetic engineering, artificial intelligence, etc.) with input from an expert.

Judy L Mohr is an engineer by background, but a writer at heart. Her PhD specialized in astronomical instrumentation, where she used stellar light to measure the horizontal air movement above the McLellan 1-m Telescope, Tekapo, New Zealand. Today, Judy is a full-time writer and editor, where she has fun poking holes in the science that comes across her desk. You can find out more about her personal projects on her blog or follow her on Twitter.

GPS Systems: What Authors Should Know

You and your friends have been looking forward to your adventure in Australia. You’ve rented a car with a GPS system, so you won’t get lost as you drive around in the Outback. But your adventures are brought to a swift end when the GPS give you instructions to turn down a road that leads you in one direction: straight into the Pacific Ocean.

But the GPS system can’t be wrong. Your eyes must be the ones at fault. So, you keep driving, despite the water climbing up your door.

It might sound like fiction, but it’s not. In 2012, a group of Japanese tourists did exactly that. They trusted the GPS system so blindly that they drove into the middle of nowhere—and into the ocean. The hilarity of the situation swept the world, bringing about so many questions, the biggest of which is how anyone could not see that they were driving into the ocean?

However, if you search through the internet, you can find countless stories of this nature, where people relied so heavily on GPS systems that it actually led them into dangerous (and somewhat hilarious) situations.

GPS systems of their various natures have become so common to our way of life that many of us now use GPS-based apps on our smart phones (such as Google Maps) on almost a daily basis. It’s not surprising that we have come to trust them implicitly. However, like all technology, they have their faults and failings—a writer’s plot-bunny heaven.

GPS systems rely on satellite communications. A minimum of two satellites within the network need to have directly line of sight with your GPS receiver before a position can be determined. If more satellites can see you, then your GPS signal is stronger, but the accuracy of your position is not necessarily any better. 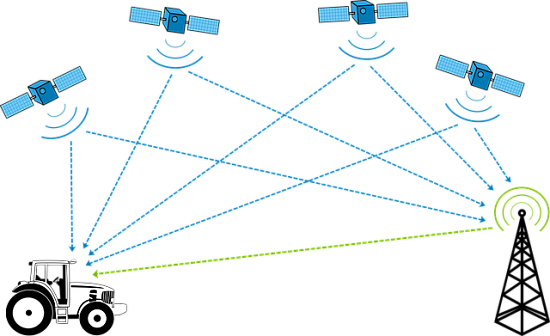 Basic components of the GPS system

There is a key concept within that statement above: satellites need to have direct line of sight with your receiver. If there is anything at all that could block the signal, then you’ll have intermittent signals at best.

This is why the GPS features on your phone fails if you’re inside a concrete structure. You’ll encounter issues if your GPS unit is not near a window in your car (even if it is the windscreen). And the scenario that most people would not think would be a problem: a densely packed forest.

You read that correctly, folks: GPS systems often fail if you are to take them into the middle of the forest. That forest canopy works in the same way as roof on that building, blocking satellite communications. (Experienced hikers know this, which is why they also carry a compass and a map.)

The GPS tracker is in the sewer?

Tell me is you haven’t seen this one before: The FBI (or whatever government agency) is wanting to track some bad guy, who might actually be the hero of the story. They are running around the city, chasing after the dot on the screen, only to discover that the hero/bad guy had found the device and flushed it down the toilet… or they’ve fed it to a rat… or they’ve done any number of other things to that GPS tracker.

The issue with this is the amount of concrete that would be shielding the sewer system from the GPS satellite network. Or you see the FBI agent running through building after building, chasing after the dot on foot. Again, those buildings are interrupting communications.

I’m not saying that these scenarios are not plausible. I’m saying that in reality, using the current level of GPS technology, that your signals would be intermittent at best. So, chasing the dot around the city as the tracker goes through the storm water system would likely result in a flickering dot, as it passes under a grate. However, if that tracker that went down the toilet…

Last time I checked, most cities in the modern world used enclosed sewer systems, to keep the poo from contaminating our fresh water. But I’m only married to someone who works in this area of city infrastructure, so what do I know?

X marks the spot… over there.

Let’s for the moment assume that you have a clear GPS signal with no issues with satellites seeing you. It’s treasure hunting time!

However, most commercial GPS systems only have an accuracy of up to a few meters (that’s yards for those of you in the States). You will never be able to pinpoint the exact location of that X. There will need to be other clues to help you narrow it down.

Those who have fun taking part in geocaching, the sport where you become GPS treasure hunters, know first hand how you can easily be standing right in the spot where your GPS is leading you to, but you can totally miss whatever it is that you’re looking for. Those added clues make all the difference.

However, there are other little quirks to GPS systems that make you want to question their accuracy.

Are those maps actually up to date? 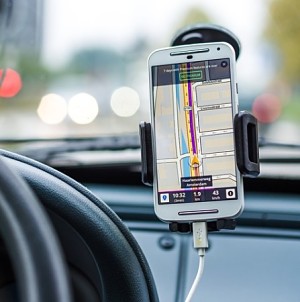 Remember those Japanese tourists who drive right into the Pacific Ocean. Well, it was the age of their maps that caused part of the issue. (Them trusting the GPS system implicitly and not trusting their eyes caused the rest.)

I have first-hand experience with one. Some years back, while going on holiday with some friends, we were heading out of Auckland on a new section of freeway. Well, all of us in the car were laughing our heads off as the GPS system insisted that we make a U-turn—in the middle of the freeway that it thought was a swamp. In the end, it was “ignore the GPS and follow the road signs.”

And it’s not just the age of the map that can send GPS systems into a complete state of confusion—having a brain-fart, as my mother would say. Construction and cordoned-off roads can send you in complete circles.

Our reliance on GPS systems has all the makings of plot-bunny hilarity, just like those Japanese tourists who drove into the ocean without their waders.