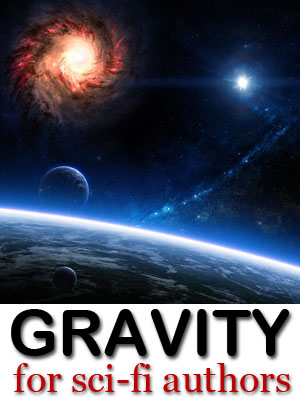 This article on gravity is part of the Science in Sci-fi, Fact in Fantasy blog series. Each week, we tackle one of the scientific or technological concepts pervasive in sci-fi (space travel, genetic engineering, artificial intelligence, etc.) with input from an expert.

Dan Allen is a physicist and cell phone sensor designer in Silicon Valley, in the San Francisco Bay Area. His first novel for publication is in preparation at Jolly Fish Press. He has designed lasers for the government that see through envelopes and (eek!) clothing, lit a three-story electron accelerator on fire, and created nanoparticles in a radioactive hot lab (sorry, no spiders allowed).

He is dad to his five children and husband to his drummer artist wife. You should check out his blog and follow on Twitter.

To understand gravity, the first thing to do is get a big trampoline. Or one of those coin-eating toys that looks like a trumpet shape where you put a coin in the top and it spirals around and around faster and faster until it drops through the middle. 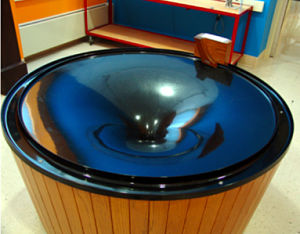 If you have a trampoline, put a heavy person in the middle and roll tennis balls or soccer balls across the trampoline and watch what happens. If you play enough, you will figure out the laws of orbital mechanics and you won’t need to do any math.

These toys have surfaces the same shape as a gravitational field with a massive object in the middle. The trampoline is like earth, with an object in the center. The penny eater is a black hole—that’s why you don’t get your money back.

After some good play time on the trampoline (or a lot of lost coins), you should understand a few following key principles. 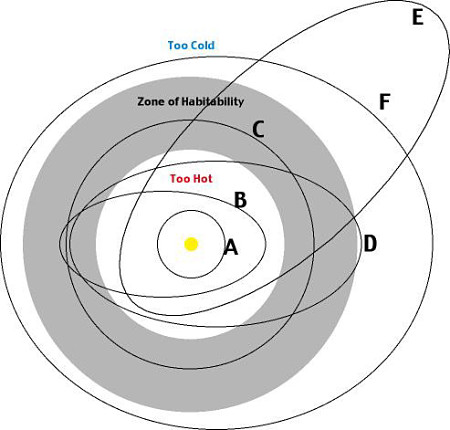 Don’t look up formulas on Wikipedia and do calculations from scratch. Just scale everything from earth gravity. It’s easier and you’ll be less likely to make a mistake. It’s just simple multiplying and dividing on your smart phone calculator app.

Making the jump to light speed

Now prepare to go one step deeper. The experiment you just did with soccer balls or coins also works with light.

Einstein’s special theory of relativity (the one that says you can’t go faster than the speed of light and time slows down the faster you go) is based on a simple idea: physics can’t tell whether you are not moving or moving at a constant speed. Einstein’s general theory of relativity goes one step further: physics can’t tell whether you are accelerating or in a gravitational field.

The implication of the general theory of relativity is that gravity warps space itself. Imagine the lines on a ruler getting further apart the closer you get to a gravitational object. Closer to the star, distances seem longer. The equivalent way to look at it is that time depends on the curvature of space (gravity). The more gravity, the slower time runs. This idea is explored in the recent blockbuster film Interstellar.

Imagine a gravitational field as a sand trap or a bog. If you want to get from one side to the other you can either walk through it (slow) or go around (faster). Light always takes the shortest, quickest path from one place to the next. So light passing a star will bend. It takes a direct path through a curved space time, traveling the quickest possible route from one place to another. Gravity refracts light, just like water or glass. And the closer you get to a black hole the more the light bends, until you can see your own backside around the black hole—I’ve always wanted to do that.

“Honey, do these pants make my butt look big?”

“You know dear, you can jump into a black hole and see for yourself.”

Like the coin trap’s slope, the curvature of space becomes infinite at the event horizon of a black hole. So time literally stops, just like a space traveler approaching the speed of light. The closer you get, the slower time moves. So actually you can’t reach the event horizon. The closer you get, the faster the universe behind you moves. Stars are born and die in a tick of the clock, galaxies form and collide, galactic superclusters orbit super-superclusters and before the whole universe can die the black hole glows itself out of existence (thanks to Hawking Radiation). So as long as you don’t mind having your subatomic particles ripped apart in the extreme gravitation field, you can just happily wait it out on the event horizon scoping your backside as your quarks run amok.