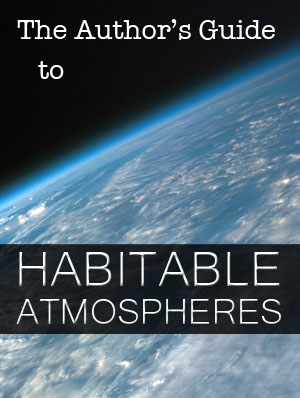 Lynn Forrest is a lifelong weather geek and writing nerd. As an assistant professor, she teaches classes on and does research in atmospheric science. When academia doesn’t keep her busy, she creates internally-consistent worlds, dumps characters in them, and watches those characters react (and often surprise her). She writes both science fiction and fantasy, has completed two novels so far, and is currently seeking representation for an urban fantasy novel, The Measure of a Monster. You should follow her on Twitter.

Habitable Atmospheres: What Authors Should Know

Thanks to Netflix, I’m a recent Whovian convert. Within a few episodes of the revived series, I found myself sucked in to the world of the Doctor and the many places he visited. When he didn’t go somewhere/sometime on Earth – particularly some version of London – he was on a different world. A world that, in general, was warm or cool enough with the right kind of atmosphere to wander around without special gear. 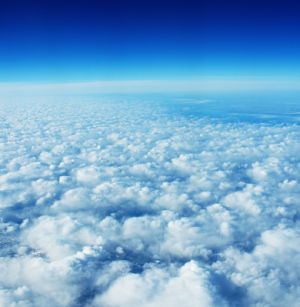 As much as I love the show, I could never suspend belief enough in those episodes to think “Yeah, sure, humans and Time Lords can breathe there just fine.” (And don’t get me started on the ATMOS burn-the-atmosphere-to-cleanse-it storyline.)

Unfortunately for the factual sci-fi writer, multiple factors have to come together to let humans or human-like people live on the surface of a given planet, and those things can’t coincide on a whim.

Let’s break down the key ingredients for a habitable (Earth-like) atmosphere on a given world:

The Importance of Gravity

An atmosphere is rather pointless if the planet’s gravitational pull isn’t strong enough to make that atmosphere stay put. At the surface, Earth has an acceleration due to gravity of about 9.8 m/s2, often referred to as 1 g. Venus’s surface gravity is about 91% that of Earth, Mars about 38%, and Earth’s moon about 16%.

The moon doesn’t have an atmosphere, and the Martian atmosphere at the surface is about 0.6% what Earth’s is (on average; Mars is quite complex topographically). Now, there are other reasons for the weak atmosphere on Mars, like its lack of magnetic field. And Venus, the victim of a runaway greenhouse effect, has a surface pressure 92 times greater than Earth’s despite its slightly lower gravity.

But remember, a planet needs some gravity so it can hold on to whatever atmosphere it does have.

A Magnetic Field as a Shield

Earth has a magnetic field. It’s produced by a complicated process that involves Earth’s solid core – solid due to high pressures, not temperature – surrounded by molten rock, plus the fact that Earth rotates fast enough, creating what some call a “geodynamo.” (That’s as far as I’m comfortable explaining it. Go to the magnetic field link or ask a geologist for more gooey scientific details.) 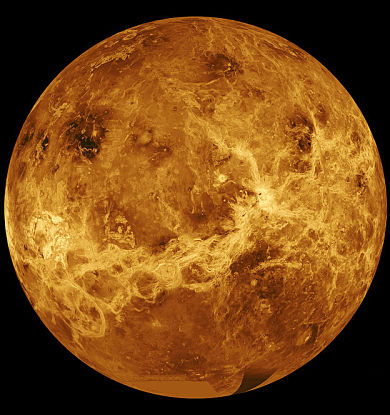 Venus doesn’t generate a magnetic field. This means the solar wind has been stripping away at Venus’s atmosphere for millions of years, taking away its hydrogen and oxygen. These are lighter elements compared to carbon dioxide and thus can escape Venus’s gravity more readily.

When the air is dry, Earth’s atmosphere is about 78% nitrogen, 21% oxygen, 1% argon, and 0.04% carbon dioxide (and, sadly, rising). It also has other trace gases, such as methane – yes, that’s the stuff cows produce – and water vapor when the relative humidity is above 0%, which is pretty much always. For us to breathe without assistance, the air should be at least 19.5% oxygen. (Note that levels above 22% are considered oxygen enriched. Since fire consumes oxygen, I don’t think I need to explain why a largely or entirely oxygen atmosphere would be Armageddon levels of bad.)

Where does the oxygen come from? Largely from plants. Some oxygen was present when the solar system formed, but you need photosynthesizing organisms to generate lots of oxygen. Basically, photosynthesis takes energy from the Sun plus carbon dioxide and releases oxygen as a by-product. (The air is the biggest source of carbon for plants!) On Earth, we have cyanobacteria to thank for the initial influx of oxygen into our atmosphere. Volcanoes can contribute some oxygen, too, but not enough to bring us to our current 21% concentration.

To me, “habitable” equates to “breathable,” but we could get away with living on Mars if we lived inside pressurized domes and carried oxygen tanks around with us when we walked outside. Unfortunately, the average Martian surface temperature is a frigid -58°F (-50°C). Which brings me to the next point…

The Goldilocks Zone: Between Hot and Cold

There’s such a thing as the “Goldilocks zone.” It has more respectable names such as “habitable zone” or “life zone,” but that Goldilocks term will always stick in my head. This is the region in which a planet isn’t too hot nor too cold for liquid water. (See where the term comes from?)

Liquid water is key for life. Water freezes once the temperature gets to 32°F (0°C) and evaporates at 212°F (100°C). And once again I wonder why the U.S. stubbornly clings to thes annoying non-metric units… but I digress. So if you want your Earth-like planet to be comfortable for your human or humanoid characters, you want it to be “just right” for vast amounts of liquid water. 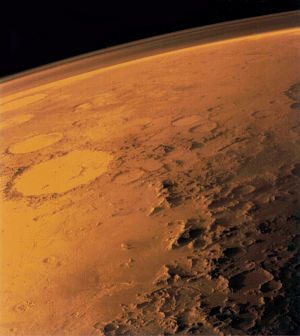 Mars could be that way if we added greenhouse gases to its atmosphere. Robert Zubrin has proposed the use of fluorocarbons to kick-start the process. Thawing the surface of Mars would release more carbon dioxide, which would add more greenhouse gases to the atmosphere, which would continue warming the atmosphere – a positive feedback. (Great for Mars, not so great for Earth.) Eventually the surface would be warm enough for liquid water, and that water would release oxygen from the soil, and we could start bringing plants to Mars. Just imagine how cool it would be to farm on Mars. “Interplanetary Gardener” has a neat ring to it.

If the right ingredients are in place, terraforming a world to make it more Earth-like is possible. Zubrin’s method is fairly time-consuming, though, and couldn’t happen overnight.

How to Make a Habitable Atmosphere

Put a decent-sized rocky planet – we need a solid surface; a gas giant won’t work – with an Earth-like core around a star that’s like Earth’s. Don’t put that planet too close or too far from said star, and the star can be cooler or warmer than our Sun if you move the planet’s orbit accordingly. Give it a sprinkle of photosynthesizing organisms, a generous helping of water, a few billion years, and voilà! Human-friendly planet. Just ask your characters not to show up early.

Keep in mind that this is a highly adaptable recipe. You can always put your characters on a more hostile world where they need protective gear to varying degrees or on a world where only a small region is human-friendly. (Planets can have seasons and complex topography, too!) Happy writing!