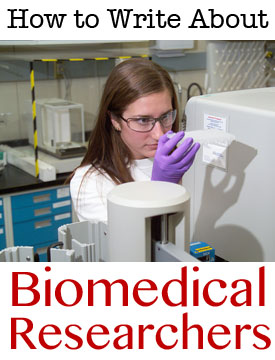 This article on writing about biomedical researchers is part of the Science in Sci-fi, Fact in Fantasy blog series. Each week, we tackle one of the scientific or technological concepts pervasive in sci-fi (space travel, genetic engineering, artificial intelligence, etc.) with input from an expert. Please join the mailing list to be notified every time new content is posted.

Today’s expert is genetics researcher Dan Koboldt. He became a researcher in 2003 when he joined a laboratory at Washington University that was part of the International Haplotype Mapping Project (the sequel to the Human Genome Project). Over the next fourteen years, he worked on the 1,000 Genomes Project, the Cancer Genome Atlas, the Alzheimer’s Disease Sequencing Project, and other research efforts. He also co-authored more than 70 publications in Nature, Science, The New England Journal of Medicine, and other scientific journals.

As you probably now, Dan dabbles in science fiction and fantasy. The final volume in his Gateways to Alissia series will be published by Harper Voyager on February 2018. He is also the editor of Putting the Science in Fiction, a reference for genre fiction authors that will be published by Writer’s Digest in Fall 2018.

Scientists are among the most-maligned professionals in genre fiction. Having spent fifteen years as a biomedical researcher, I can tell you that the way we’re portrayed in books, movies, and television rarely reflects the reality. The most common stereotype (and the one that offends me the most) is the bookish, dusty academic with his head in the clouds. You know, the nerdy guy with glasses and no social skills.

Sure, I wear glasses most of the time and my social skills leave something to be desired. But we’re not all like that. Similarly, female scientists (yes, there are female scientists; they make up 30% of the science and engineering work force) are not all manic pixie dream girls like Abby in NCIS.

Beyond these stereotypes, there are also a lot of misconceptions about how biomedical research is done in the modern (Western) world. In this post, I’ll teach you enough to write about it competently.

Most scientists, particularly those on research and tenure tracks, have followed a fairly structured training program:

While in your post-doc, you’ll begin applying and networking with researchers in hopes of taking your next step.

The next move is often the most difficult: landing a faculty appointment at a research institution. Notably, there is a HUGE supply of PhDs and post-docs competing for a very limited number of assistant professorships. Often before taking this leap, young scientists will take “staff scientist” positions which pay better than post-docs and provide additional experience.

But the ultimate goal is to land a position as an assistant professor. If you’re lucky enough to land a job offer, it usually comes with a “startup package” — a commitment of salary, research funds, laboratory space, and other resources to kick-start you research career.

Your main responsibility as a young faculty member is to (1) publish peer-reviewed research papers and (2) win grant funding. Note that successfully doing item #1 is generally required for #2, which is why you need the startup funding. By the end of the startup, you’re expected to have won enough grants to fund your own salary and your research program. 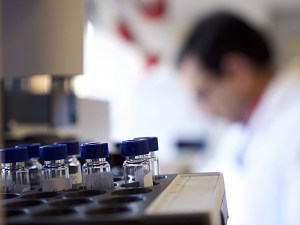 If and when you have established (and funded) a research program, you keep going. More papers. More grants. If you’re tenure-track, you’re trying to land papers in top-tier journals like Nature and Science. Most of the time, the research required to merit such a publication takes a well-funded group years (and a lot of money) to complete. Your next promotion is to associated professor, which is where many researchers spend a large portion of their careers.

Tenure-track, which is the most competitive faculty track, comes with a clock. You have a finite number of years (usually around five) to build the credentials that merit a tenured position. If you get it, you’ve hit a major career milestone. If you don’t, you’re fired.

Part 4: Full Professor and Beyond

At most institutions, there is still a hierarchy among tenured faculty. The full professorship is the golden ticket item; often this an “endowed” professorship which means that there’s big money behind it. Endowed professorships require well-heeled fundraising by universities, and are used to lure high-profile researchers to bring their programs to the institution. They’re also the golden cup award for the most successful in-house faculty.

There are leadership positions as well — memberships on university committees, institutional review boards, etc. The department chair is arguably the most obvious coveted position for an academic researcher. Department chairs have a lot of administrative duties, but also a great deal of prestige and influence over department decisions.

Life As A Biomedical Researcher

The day-to-day activities of a biomedical researcher can vary widely depending on their specific expertise, the size of their operation, the type of research being conducted, and to some extent personal preference. One common misconception is that high-level researchers spend a lot of time in a laboratory wearing a lab coat. Successful researchers don’t have time to run experiments themselves. They employ lab technicians, postdocs, grad students, and staff scientists to do most of the actual lab work. 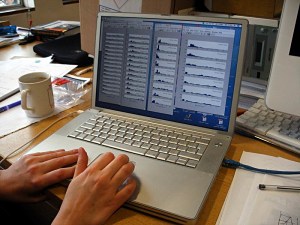 Also, biomedical research is an increasingly data-driven field, with much of the work being done on computers. This is especially true in the field of genetics. I spend much of my day running analyses and looking at results on a huge monitor in my office. I do have a lab coat, but mostly because I’m expected to have one. If I put it on and walk into the lab, my co-workers will rightly assume that something has gone terribly wrong.

A researcher like myself (an assistant professor) divides his day into a number of activities, including:

Yes, I’m a biomedical researcher, but I don’t live in the lab.

Tips for Writing About Biomedical Researchers

Finally, I’m going to give you some esoteric bits of information about biomedical researchers (and academia) to help you write about them more accurately. Here are some things you might like to know:

I hope you’ve enjoyed learning a bit more about biomedical researchers and a day in our lives.We defy stereotypes in countless ways. If you write scientist characters, please give that some thought. And hey, drop me a comment or an e-mail if you have any questions!