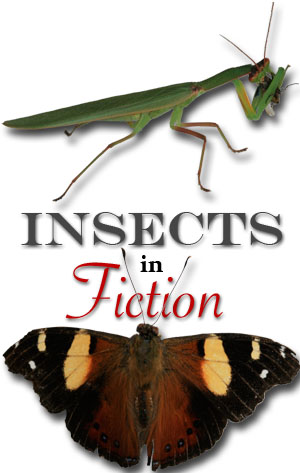 Robinne Weiss has been known as The Bug Lady since she was seven years old. She eventually made it official with an MS in Entomology from Penn State University, though her professors thought she was completely nuts when she ended every exam with a poem about insects. Upon moving to New Zealand, she started her own science outreach business—The Bugmobile—taking live insects into primary and preschool classrooms.

A year ago, she took the leap, closed her business, and began writing full time. The biological sciences feature strongly in her stories, and insects sometimes play leading roles. You should follow her on Twitter.

Insects in Fiction: What Bugs Me

I love a good science fiction or fantasy story, but as an entomologist, I often cringe at the way arthropods are portrayed in books and movies. Here are a few of the common portrayals that ‘bug’ me.

There’s no doubt that increasing the size of an arthropod to that of a bus makes it a more terrifying antagonist (let’s face it, Shelob would have been nothing but a nuisance if Frodo could have squashed her with his heel), but unless your giant insects live on some other planet with different physical laws and gravitational conditions, it’s simply not possible. 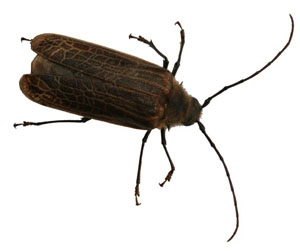 As an animal increases in size, it’s surface area increases in proportion to the square of the length of the animal (because surface area is measured in two dimensions), but the animal’s volume increases in proportion to the cube of the length (because volume is measured in three dimensions). So as an arthropod’s size increases, its volume to surface ratio goes up. This relationship has important implications for the behavior of a hypothetical giant arthropod.

Except that they couldn’t possibly grow that big in the first place.

Arthropods have an exoskeleton—the rigid structure of their bodies is on the outside. An exoskeleton is great if you’re small, because it provides both structure and protection. Unfortunately, an exoskeleton has some major disadvantages at larger sizes.

Exoskeletons don’t grow with the animal’s body. In order to get larger, an arthropod must shed its old exoskeleton and grow a new one. When the old exoskeleton is shed, the new one is soft and pliable. It takes time for the new exoskeleton to harden. That’s fine for a small arthropod, because the pull of gravity is not great on a small body. Enlarge an arthropod to the size of a human, however, and it will be crushed by its own weight before its new exoskeleton can harden.

Books and movies love to demonize insects and other arthropods. I have spent over twenty years trying to counter this attitude, because it has some serious real-world consequences like the overuse of pesticides in the home. The truth of the matter is that we could not survive on this planet without insects.

Everybody can name insects that harm us or our crops—mosquitoes, wasps, aphids, etc. We’re familiar with these pests because they seek us out as a source of food and shelter. But fewer than one percent of insect species are pests, and those that are considered pests are often only a problem in particular times and places, not all the time. Most insects are beneficial or neutral as far as humans are concerned.

Insects provide food for wildlife, control pests, and help break down dead plant and animal material. They are used in scientific research and in medicine.

They pollinate 35% of the world’s crop production. Without them we would be able to grow little beyond grains. There would be no coffee, no chocolate, no fruits or vegetables. And they are eaten directly by most people around the world, providing an important source of protein and essential nutrients in a delicious, crunchy package.

Insects also provide honey, wax, silk, shellac, and food coloring. Far from being our worst enemies, arthropods are essential to our existence. I would like to see them appear as the good guys in fiction now and again.

In the case of arthropods, truth is usually stranger than fiction. Real life arthropods make toxic chemical defences, they squirt poisonous blood, explode to repel intruders, clone themselves, eat their prey alive from the inside, have built-in scuba gear, eat birds and frogs, can survive freezing solid, can lie dormant as eggs for years, mimic other insects in order to gain access to their nests and eat their babies, smell a mate or a food plant from miles away…the list goes on and on. Real life is so amazing that authors who don’t know insects sometimes make up ‘powers’ that are actually less than the insect can do for real. They resort to sting and bite, when these are just the more mundane ways insects can do battle.

If I were to give advice to authors writing insects into their stories, it would be to get to know the real-life versions of your characters—they may not be who you think they are, and they may be much more interesting.