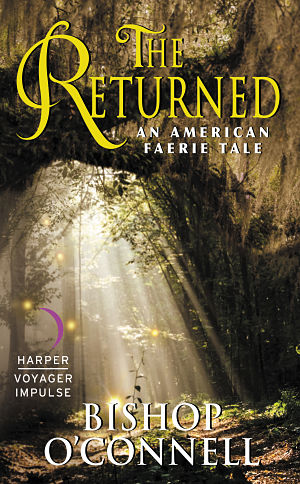 I’m pleased to host Bishop O’Connell, whose book The Returned releases today from Harper Voyager. It’s an American faerie tale featuring a place called the Rogue Court. I don’t know about you, but I’m a sucker for all things rogue-related. Check it out at Amazon, B&N.com, or iTunes. But first, read what Bishop has to say about letting go.

Letting Go of Your Work

If you pursue any kind of artistic endeavor, you invest a lot into it. Ernest Hemingway once said; “There is nothing to writing. All you do is sit down at a typewriter and bleed.” I’m not a big Hemingway fan, but I think his mastery of the simply stated shines through here. Blood, sweat, and tears aren’t always a metaphor. Having invested so much of ourselves, and our time, into our writing (or any art form), we become quite attached to it, and understandably so.

It’s not a coincidence my first blog post was called “Your Baby is Ugly.” In a very real sense, our writing can be like our children. We birth them, we raise them, we marvel as they grow and develop, we protect them when we feel they’re being attacked. And sometimes, we even see them die, but please don’t email me about what a bad comparison that is. I’m not saying that the death of something you’ve written is even in the same solar system as losing a child.

We do, however become attached to those things we work hard to create, and so it becomes a handy analogy. Through all the stages, there’s a final step we often forget in the earlier stages. Eventually, our beloved creation will take on a life of its own. It becomes something separate from us and ventures into the world. The hard part is letting go.

Now, I don’t mean in the literal sense of submitting your writing. I’m talking about the next step after that, when it actually gets into someone else’s hands. Once you share your writing—or any form of art—it’s not yours anymore. This might sound like a romantic notion, but there’s more to it than that. What I mean is what your writing “means.” Sure, you’ll be able to tell people what it’s about: the story, plot, and characters, but your thoughts on what you’re trying to express are no longer the only correct ones.

Each of us is truly unique. We each take different paths through our lives, and even the things we share in common are seen through lenses shaped by previous experiences. Combine that with our individual genetic predispositions (to whatever impact they may have), our ever changing world, and you can see how astronomical are the odds of any two people having the same set of experiences. As such, we all experience the world in different ways. Take Starry Night by Van Gogh, one of the most recognizable paintings in the world. 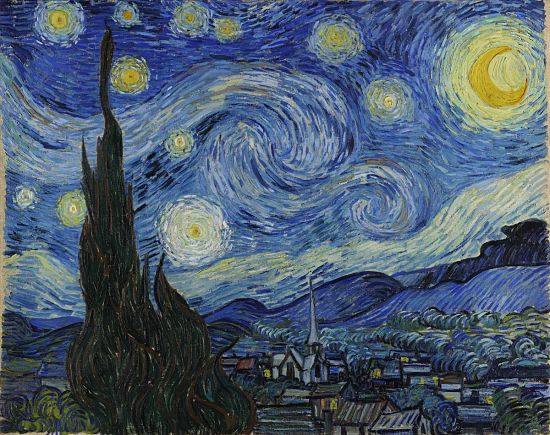 I don’t know if we have any kind of record what Vincent was thinking when he composed this, but honestly, it doesn’t matter. Odds are we’ve all seen this picture. Some of us love it, myself included. Others are more sanguine about it, while still others don’t care for it at all. Are any of us wrong? Okay, that’s an easy one. How about this; what’s it about? What’s it mean? When you look at it do you see a serene and peaceful night? Does it bring back memories of your childhood? Or do you see a dark and cold night, imagining yourself standing alone on a hillside looking down at the town, at the lit houses where you know you’ll find no comfort? Or do you feel no strong reaction at all? Again, are any of those interpretations wrong?

When you let your writing go, you’re offering it up to the world. Some will read your work and have a reaction to it that is nowhere near what you’d expected, or perhaps hoped. And yet, the very act of putting it out there is an act of surrender. If someone wants to know, you can explain what you were going for, what inspired you, etc. But, your thoughts are now simply your opinion, one amongst many in fact. Think of a song you love. If the person who wrote it, or performed it, came up to you and told you that what you thought the song was about was completely off base, would it really change how it makes you feel? What it does in your mind and heart?

I posted some poems here a while ago, and I didn’t say what they meant, or were about, for the reason I just explained. For me, poetry is especially personal. I can tell you what I was thinking and feeling when I wrote it, I could explain the imagery I was going for, but that’s not as relevant as what you think and feel when you read it. Those poems, like anything I put out to the world, are not mine anymore. They’re yours. They’re ours. As writers, as artists, I think we strive for connection in our expressions. I’m storyteller at heart, and of course I love knowing someone was entertained by a story I came up with, but I’m hoping people find something in it that’s familiar to them. Something that says despite each us being unique, there are countless experiences, thoughts, feelings, “things” we have in common to one degree or another. In a world that is increasing isolated, ironically because of all the social media and interconnectedness of the world, we writers, painters, sculptors, actors, what have you, use our art like a message in a bottle, cast into the vast ocean surrounding our individual islands in hopes it reaches someone else on theirs.

I originally wrote this piece before my first book, The Stolen, was released, but there is still truth in it. If anything, I’ve learned just how right I was. Not only will people have thoughts and opinions about your work, not only will they differ from your own, but sometimes they’ll share them with the world in the form of reviews. It isn’t easy seeing a bad review, but that’s just another part of letting go.

In a perfect example of artistic insanity, the only thing perhaps worse than bad reviews are no reviews at all. I heard a quote attributed to Picasso, I have no idea if it was his or not, but I like it. “All artists are half-crazy, but so long as I’m submerged in my work, I’ll be okay.” 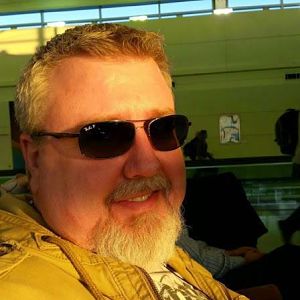 Bishop O’Connell is the author of the American Faerie Tale series, a consultant, writer, blogger, and lover of kilts and beer, as well as a member of the Science Fiction & Fantasy Writers of America. Born in Naples Italy while his father was stationed in Sardinia, Bishop grew up in San Diego, CA where he fell in love with the ocean and fish tacos.

After wandering the country for work and school (absolutely not because he was in hiding from mind controlling bunnies), he settled Richmond VA, where he writes, collects swords, revels in his immortality as a critically acclaimed “visionary” of the urban fantasy genre, and is regularly chastised for making up things for his bio.

He can also be found online at A Quiet Pint, where he muses philosophical on life, the universe, and everything, as well as various aspects of writing and the road to getting published. You can also find him on Facebook and Twitter.

Almost a year after their wedding, and two since their daughter Fiona was rescued from a kidnapping by dark faeries, life has finally settled down for Caitlin and Edward. They maintain a facade of normalcy, but a family being watched over by the fae’s Rogue Court is far from ordinary. Still, it seems the perfect time to go on their long-awaited honeymoon, so they head to New Orleans.

Little do they know, New Orleans is at the center of a territory their Rogue Court guardians hold no sway in, so the Court sends in Wraith, a teenage spell slinger, to watch over them. It’s not long before they discover an otherworldly force is overtaking the city, raising the dead, and they’re drawn into a web of dark magic. At the same time, a secret government agency tasked with protecting the mortal world against the supernatural begins their own investigation of the case. But the culprit may not be the villain everyone expects. Can Wraith, Caitlin, and Edward stop whoever is bringing the vengeful dead back to life before another massacre, and before an innocent is punished for crimes beyond her control?