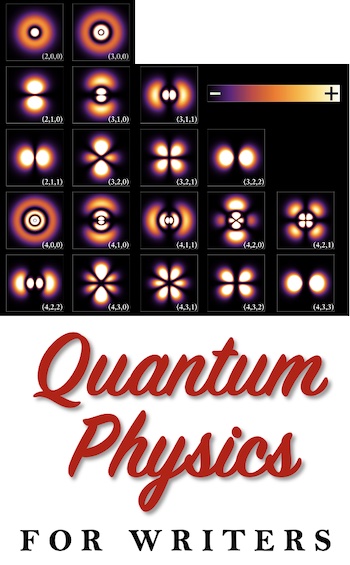 One of the central questions science fiction writers seek to answer is “are we alone in the universe?” But what if the right question to ask is “is our universe alone?”

When one is troubled by the reality of this world, it can be comforting to consider other possibilities, even if those possibilities disturb us, so strong is the desire to escape the tyranny of consciousness and the narrow boundaries of our perceptions, to unlock the prisons of thought in which we trap ourselves, all in the hope that a better world or a better version of ourselves, perhaps, may lie on the other side of the door.

–The Man in the High Castle, “The Road Less Traveled”

In a previous article, we discussed the idea of superposition. As a short refresher, quantum mechanics is the set of rules that govern the interactions of very small particles: things that are the size of an atom or smaller. These rules would seem very strange to us classical (human-sized) objects. Quantum physics is probabilistic, which means that particles exist in what is called a superposition of states until you interact with them, at which point they collapse into one of their many possible states. This would be like if you ordered your morning beverage at the coffee shop, but what you are handed is not a cappuccino, but something like a latte-cappuccino-cortado: it has the possibility of being any of those things, but until you drink it, it is none of them and all of them.

Since even large objects are made up of atoms (and smaller particles like electrons and quarks), everything is governed by quantum mechanics. It’s just that once you have enough quantum particles interacting with each other to create, say, a human, this randomness averages out to produce a predictable, causal world. Like a wave in the ocean—there may be many currents going in various random directions, pulling seaweed and little sea critters around, but standing on the shore, you only see the waves moving as one.

The consequences of infinite possibilities 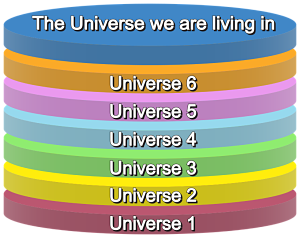 The idea of superposition raises a lot of interesting consequences. If a quantum object can be any number of things until it is measured, what is the role of measurement? If my quantum coffee is a latte-cappuccino-cortado until I pick it up and drink it, then when I taste a cappuccino, does that truly mean it could have been any of those things? Was it always a cappuccino, and I just didn’t know? (This is known as a hidden variable theory). Did it spontaneously choose a state at the moment of my drinking it, and with some probability less than 100%, it could have been a cortado instead? (This is the famous Copenhagen interpretation: the interpretation of quantum mechanics most often taught today).

Another interpretation suggests that there exists a universe in which my drink is a latte, one in which it is a cappuccino, and one in which it is a cortado. In this universe, I head to my office with my cappuccino in hand, but latte-universe me has a different experience. This interpretation—known as the many-worlds interpretation—suggests that for every single quantum measurement performed, there exists a universe in which each possible result is measured. This means an infinite set of parallel universes, some just one tiny variation off from our own and others by now unrecognizable.

In the Ted Chiang novella Anxiety is the Dizziness of Freedom, the emotional and psychological implications of knowing about multiverses and seeing into them is explored beautifully. The premise of the novella is that sometime in the near future, we have learned how to see into the parallel universe that branches off as the result of a simple measurement in a device called a prism. In one universe, a measurement is made, and a red light goes on, and life continues. In the other universe, a measurement is made, and a blue light goes on, and life continues. But these worlds are now free to diverge, with the people making different decisions and experiencing different events as randomness pulls their paths even farther apart.

The possibility of seeing into an alternate universe raises some very interesting questions, which Chiang explores in this story:

But if no one takes any action as a result of the measurement, how much will the two branches diverge? Can a single quantum event by itself lead to visible changes between the two branches? Is it possible for broader historical forces to be studied using prisms?

If all we can do is see to the other side, how does that change our own universe? And how many new universes will be spawned because we are envious of our double and our envy affects our decisions? And does it even matter, if all possibilities exist?

Reaching the other side

But what if you can do more than see to the other side? What if you can cross over? This question is explored in the television show Fringe, in which the barrier between two parallel universes has been weakened due to one man’s meddling. This man—Walter Bishop—and his friend and fellow scientist—William Bell—perform work on the fringes of science, and their work (as well as their extracurricular activities) leads them to discover other universes. Walter begins watching one of these alternate universes and makes a discovery that prompts him to cross over, creating a weakness in the boundary between this universe and the next.

In this parallel universe, many things are the same, or at least similar. A number of the same people exist, but their lives are just slightly different. When FBI agent Olivia Dunham crosses over to the other side, she encounters another version of herself: an Olivia Dunham whose mother is still alive while her own died years ago, but whose sister and niece died due to a rare genetic condition while she remains close with that same sister in her own universe.

The examples discussed above are cases where the parallel universes are much like our own, even down to containing many of the same people. The Man in the High Castle does the same, and it’s no surprise that many multiverse stories work with universes that are recognizable, but different enough to be interesting. We like hearing stories about people like us, and the idea of meeting someone who represents the possibility that our own lives could have been different is a strong pull.

But there are also universes—far more universes of this variety than of the uncannily-similar variety—where the fundamental laws of physics are different. These universes would go beyond uninhabitable (by humans, at least—other beings could have evolved to be well-suited to these worlds). They would be entirely unrecognizable to those of us who reside in this universe.

So if you’re planning to use the multiverse in your next piece of science fiction, take some time to think about what infinite possibilities really means. You can do so much more than create a doppelgänger for your protagonist whose hair is a different color or whose sibling is a different age. The entire multiverse is open for your exploration.