This article on writing horses wrong in fiction is part of the Science in Sci-fi, Fact in Fantasy blog series. Each week, we tackle one of the scientific or technological concepts pervasive in sci-fi (space travel, genetic engineering, artificial intelligence, etc.) with input from an expert. Please join the mailing list to be notified every time new content is posted.

Rachel Annelise Chaney spent her childhood inhaling every scrap of horse information she could find and riding every equine she could climb on. Since adopting an ex-racehorse, she’s ridden, trained or cared for everything from Thoroughbreds to Quarter Horses, Drafts to Arabians, Warmblood jumpers to Paint barrel racers. She recently wrote a wonderful post on matching horses to settings, uses, and characters.

A reader and writer of SFF, Rachel currently languishes in the Eternal Pit of Revision. You should follow her on Twitter. Send coffee. Ignore frustrated screams.

So you’re writing a book with horses in it and want to write the equines right. Fantastic! Maybe you’ve already done some research, watched a lot of movies with horses or read horsey books.

I’ve got some bad news.

Nine times out of ten, those movies and books are teaching you bad information. The same errors get passed down from movie to movie, book to book, with the creators blissfully unaware of their horse-knowledgeable audience groaning in despair. But you don’t have to follow in their mistake-ridden footsteps!

You want to write your horses right? Watch out for these 8 Red Flags found in fiction.

Movie Myth: Rearing is awesome, exciting, and super normal. It’s not dangerous, obviously, because horses rear with people riding all the time. Make your horse rear!

Reality: I’m trying to think of anything horse-related more terrifying than an unexpected rear. Nope. Nothing comes to mind.

Even if the horse stays upright, the rider can suffer serious injuries if they come out of the saddle. If the horse does fall backwards, you’re looking at a definite spill for the rider, compounded by the risk of a horse landing on them!

How dangerous can rearing be? Ask Hwang Woojin, a 2012 Olympian from South Korea.

Shockingly, both horse and rider emerged from the mishap uninjured. Most are not so lucky.

If your fictional horse rears, your rider better have them trained for it*, be an insanely expert horseperson, or have their life flash before their eyes.

*In the movies, you usually see horses perform a partial-rear, either a pesade or levade. The pesade and levade, 45-degree and 35-degree angle rears respectively, are highly advanced dressage movements that evolved from cavalry maneuvers. If your character and horse are professionals, a collected rear wouldn’t be totally unbelievable.

Movie Myth: Stallions are the coolest, most exciting horses. Put everyone on a stallion!

Reality: I mentioned this in the article on matching your horse to world character, but it bears repeating. DON’T MAKE STALLIONS YOUR DEFAULT. As a whole, stallions are the most unpredictable, dangerous horses to ride. Calm stallions do exist (like 2015 Triple Crown Winner AMERICAN PHAROAH), but they’re the exception.

Do NOT put your character on a stallion unless they’re an experienced rider and there’s a reason for it. When in doubt, go with a gelding or mare.

Movie Myth: Does your character need to hop off their horse and do something? Just flip the reins over the horse’s head and leave them dangling while your character gallivants around. No big deal.

Here’s the deal; if your character is riding Western and using split reins, they’ll be in minimal to zero danger of injuring themselves on those reins. But all Western riders don’t use split reins.

If your character is like the majority of riders and uses closed reins, flipping reins over a horse’s head and leaving them unattended is a recipe for disaster. Why? Closed reins are 7-8 feet long. If the horse is trotting, cantering or galloping, they can easily step through the dangling loop. The best case scenario would be the horse freezing or snapping the reins without injuring themselves.

If a horse gets her leg tangled in the reins, she can damage her mouth by yanking on the bit, wrench her neck trying to jerk free of the restriction, or even freak out and break her leg trying to run.

Anecdote: The risk of injury exists no matter how trained your horse or how professional your rider. Two months ago, I visited the Tryon International Equestrian Center for a show jumping event that featured Olympian-level equestrians. A horse swerved. His rider fell. In the chaos, the reins slipped over the horse’s head, and he put a hoof right through the rein loop and caught the leather on his protective boot.

The whole stadium went dead silent. The horse started hopping and trying to bolt, eyes rolling. Half the crowd, the announcer over the speakers, and the horse’s rider all started whispering, “Shhhh. It’s okay. Shhhhh.”

Fortunately, the horse froze and waited, leg twisted on the rein, as his rider walked over and got him untangled from the tack. But for 20-30 seconds, a single movement or noise could have spooked the horse. Any of a dozen injuries could have resulted.

It can happen to any horse and rider. At any time. No matter how experienced your character is. 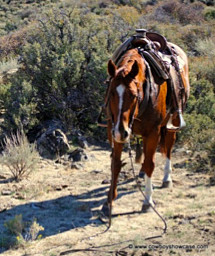 Movie Myth: If a horse is wearing a halter, you can just drop the rope to “ground tie” him. He’ll wait like a faithful dog while the character does their thing!

Reality: With significant training, some horses can ground tie like pros. But horses are prey animals. Even the most trained horse will leave your character in the lurch if there’s a threat.

If you decide to have your character leave their horse unattended in a halter and lead rope, you better establish A) they’ve been trained to do it and B) they know and respect their rider.

Movie Myth: When your character reaches her destination, she can hop off her horse and leave him in bit, bridle, saddle and everything. Just throw the horse some hay. 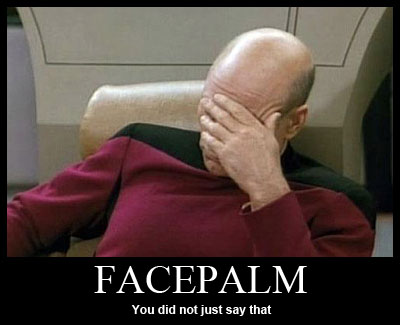 Reality: Um, no. I won’t go through the list of skin, coat, and mouth ailments that can arise from leaving an unattended horse in full tack for extended periods of time, but at the minimum, horses can’t eat or drink right with a bit in their mouth.

I’ve seen more than one movie in the past year commit this horse error. Looking at you Beauty and the Beast (2017). Don’t copy Hollywood.

Movie Myth: OR your character can turn horses free with tack still on. Running around in the wild with a halter buckled and leadline dragging is A-okay! 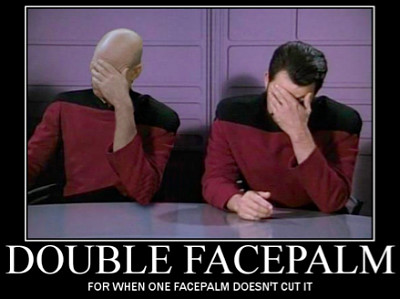 Reality: The fastest route to injury? Turn a horse loose with tack on.

Leave a horse in tack in a stall, and you might have some problems. Turn them free with tack on, and you’re setting them up for injury and/or death. Out in the wild, or even in a pasture, tack left on can get caught on trees, fences, and rocks and trap them. It can cut into the horse’s skin. Cause them to trip. Help a predator take them down.

If you want to free your fictional horse, do him a favor and take everything off!

Unfortunately, The Lord of the Rings: The Two Towers (2002) committed this horse error in the extended cut. Aragorn decided to set Brego free because he “has seen enough of war.” And left his halter and rope on.

Millions of voices cried out in terror. (Okay, maybe that was just me.)

Movie Myth: Horses neigh, nicker, scream, and whinny all the time! (As I type this, A Knight’s Tale plays in the background. Though Heath Ledger’s performance is delightful, the amount of horse noises in the joust scenes is off the scale.)

I’ve noticed that a lot of films and TV shows have the same “horse noises,” which leads me to suspect that they’re using similar noise tracks. Like laugh tracks for sitcoms. Unfortunately, these noise tracks are misleading.

Unlike humans or dogs, horses don’t communicate a lot with noise and prefer to “talk” with body language first and foremost. Now, noisy horses do exist, but they’re usually young, hot, or dramatic. (Yes, even with horses, attention-seekers exist.) But your average horse communicates non-verbally most of the time. 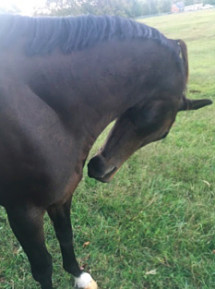 De Vedras “telling” me where he has itches. No noise needed

My own horse, De Vedras, freaked out a little when I first adopted him and started whinnying when he couldn’t find his friend. (Spoiler: His buddy was napping in the barn, totally ignoring De Vedras.) But that’s about it. He makes noise once or twice a year now.

His two buddies give a faint “we’re starving” nicker at dinnertime, but otherwise . . . *shrug*

So when are most horses noisy?

Movie Myth: You can ride a horse in whatever you happen to be wearing! 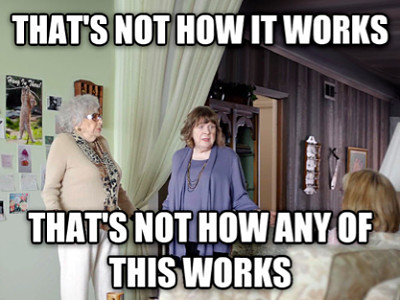 Reality: Upper body clothing differs widely, but almost every rider wears pants and boots. Shorts and bare feet are an invitation to injury.

If your character isn’t wearing leg protection (pants, jodhpurs, chaps, etc.), they won’t be risking major injury, but they’d best be prepared for pain. Imagine bare skin rubbing against leather over and over and over . . . yep, you guessed it. Awful chafing. Even worse, bare calves can get pinched by stirrup leathers, badly enough to leave scars in some cases.

Why? If a horse spooks, bolts, jumps, or does anything out of the ordinary, the rider can come out of the saddle. They aren’t wearing a shoe with a heel? Their foot slips right through. The ankle gets caught in the stirrup, and they’re dragged beside the horse as he bolts. Even experienced riders, like Seabiscuit’s jockey, get injured this way. Having your character ride in stirrups barefoot increases the risk exponentially and is a big Red Flag.

Not a myth so much as a mishap, but watch for errors in terminology. They show up occasionally in fiction and are a surefire sign of writing horses wrong. A couple of terms to watch out for are:

By no means is this an exhaustive list of Movie Myths and horse mistakes, but if you avoid the eight Red Flags above, you’ll avoid throwing horse-knowledgeable readers out of your story. There’s no 100% correct way to write horses. Like any other animal, every horse has their own personality and unique reactions, but some aspects of horse care transcend discipline, region and breed.

Your horses don’t have to be perfectly realistic. It’s called “fiction” after all. But if you pay attention to the big issues, horse readers can ignore little missteps.

But please don’t have your horse jump a canyon. *side-eyes Spirit: Stallion of the Cimarron*

Did I miss a Red Flag you see all the time in movies and/or books? Do you have a question I can help with? Let me know in the comments!