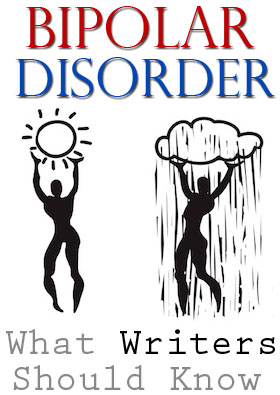 Jon Peeples went to medical school at the University of Mississippi and completed his internship at Dartmouth-Hitchcock Medical Center. He’s currently a third year psychiatry resident at the Emory University School of Medicine, where he plans to serve as a chief resident next year. He recently finished an upper middle grade science fiction novel and is seeking literary representation. You should follow him on Twitter.

BiPolar Disorder: What Writers Should Know

As a psychiatrist, I treat all types of mental illness. There are plenty of popular misconceptions about what mental illness looks like, but there seems to be more confusion surrounding bipolar disorder than just about any other condition. This confusion is amplified by diagnostic sloppiness on the part of clinicians. I rarely spend a day in clinic without someone telling me that he or she has been classified as “bipolar” by a provider in the past, but most of the time the patient is suffering from something else entirely.

Psychiatrists use the Diagnostic and Statistical Manual of Mental Disorders, Fifth Edition (DSM-5) to make diagnoses. The DSM-5 is organized into chapters that group different diagnoses based on our understanding of their presentation and the neurobiology behind them. We’ve made tremendous strides over the years in appreciating how the brain works, but our knowledge of many aspects of mental illness remains primitive. Each diagnosis in the DSM-5 contains a list of criteria that must be satisfied before a provider can diagnose a patient with a condition. It’s essential to treat the condition that the patient actually has based on the DSM-5 rather than the condition the patient thinks he has or wants to have.

Since I’ve started writing, I’ve become more interested in how psychiatric conditions are portrayed in fiction. I went to a local bookstore a few weeks ago and asked for recommendations of young adult novels that contain elements of mental illness. An employee suggested Rainbow Rowell’s Fangirl, which turned out to be the highlight of my holiday season. I loved it. I sat down and devoured it like it was my mom’s green bean casserole. The main character’s father suffers from bipolar disorder, and Rowell does a wonderful job of showing what this can look like. She accurately describes manic symptoms and demonstrates a solid understanding of how the illness can impact friends and family members. The only problem is that I wasn’t expecting to read about a character with bipolar disorder because the bookstore employee thought that the father was suffering from OCD.

Is bipolar disorder the same thing as mood swings?

Nope. At least, not really. This seems to be one of the most common misconceptions. Patients often come in and tell me that they have bipolar disorder because their mood can change from one minute to the next and the smallest thing will set them off. True bipolar spectrum disorders involve manic, hypomanic, and depressive episodes (see below) which last for days at a time.

What most patients with these minute-to-minute “mood swings” are actually experiencing is mood dysregulation associated with their personality structure and primitive defense mechanisms. This doesn’t mean the patients are any less sick, but making the right diagnosis has tremendous treatment implications. Patients with bipolar disorder almost always need to be on medication to control their symptoms over time. For patients suffering primarily from the mood dysregulation described above, therapy is the mainstay of treatment.

“Mood dysregulation” isn’t an actual diagnosis, though it’s seen in some of the personality disorders described in the DSM-5 (e.g. Borderline Personality Disorder). It’d take years to fully discuss all of the theories of personality structure, but I’ll try to give one example of how it might play out.

Imagine a child who’s living in an abusive household. He’s new to the world, and his life has been chaotic. He does whatever it takes to protect himself from the abuse. He may fight back, scream, run away. Sometimes the defenses work, and the behavior is reinforced. Eventually he grows up and moves out into the world. He’s no longer being abused, but when he faces the stressors of everyday life, he doesn’t know how to respond except to use the same defenses that he developed as a child. Screaming and fighting over minor insults leads to instability in his adult relationships and often contributes to feelings of depression or dissatisfaction.

Now back to bipolar disorder.

The DSM-5 covers bipolar disorders in a chapter called “Bipolar and Related Disorders.” This chapter includes Bipolar 1 Disorder and Bipolar 2 Disorder, among others.

To be diagnosed with Bipolar 1, you must have had a manic episode. Patients with Bipolar 1 often have hypomanic and major depressive episodes as well, but these aren’t required for the diagnosis.

To be diagnosed with Bipolar 2, you cannot have had a manic episode, but you must have had both a hypomanic episode and a major depressive episode.

Other diagnoses in this chapter include Cyclothymic Disorder and Substance/Medication-Induced Bipolar and Related Disorder. Manic and hypomanic episodes can be mimicked by illicit substances such as cocaine, amphetamines, and methamphetamines. Sometimes prescribed medications such as steroids can lead to manic behavior.

Now we’re getting to the meat of it. What’s important to point out is that to qualify for any of the following episodes, the collection of the symptoms must be associated with a change in previous functioning and cannot be due to substance use or another medical condition.

In a manic episode, you must see either elevated, expansive, or irritable mood AND increased goal-directed activity or energy. There’s a great example of this behavior in Fangirl. The main character’s father calls her in the middle of the night because he’s not sleeping and has plans to install a fireman’s poll to connect the upstairs bathroom to her bedroom. You may also see grandiosity, pressured speech, decreased need for sleep, distractibility, and engagement in harmful activities (e.g. buying a car on a whim, promiscuous sex). A manic episode must last seven days (or less if there’s psychosis involved or hospitalization is required), and it must be severe enough to impair social or occupational function.

A major depressive episode must have depressed mood AND loss of interest and pleasure for two weeks in a row. You also may see fluctuations in weight (more often weight loss), insomnia or hypersomnia, fatigue, guilt, feelings of worthlessness, and thoughts about death. The symptoms need to be severe enough to cause impairment.

Who gets bipolar disorder

The onset of Bipolar 1 is at about 18 years of age, and the onset for Bipolar 2 Disorder is in the mid-20s. It often isn’t diagnosed until later because it can look like Major Depressive Disorder or other conditions. Most people spend more time in a depressed state than a manic state, but the amount of time varies widely from person to person. There are also usually periods when people don’t qualify for any type of mood episode and are relatively stable. There are many commonly co-occurring mental disorders including anxiety disorders, conduct disorder, and substance use disorders.

There are many agents available to treat bipolar disorder, and it often comes down to the doctor discussing the risks and benefits of each agent with the patient and reaching a mutual decision.

Lithium and valproic acid are two agents that control mania well. It’s important to periodically check blood levels of these medications to ensure that you’re giving the patient enough of the medication without causing toxicity. Lithium also has an anti-depressant effect and has been shown to decrease suicidality in certain populations. Depakote is thought to have an anti-depressant effect as well, though this the data for this aren’t as robust.

Antipsychotics are often used in acute manic episodes, but some can also be used long-term or for depression. The three drugs FDA-approved for bipolar depression are Latuda, Seroquel, and Symbyax (olanzapine + fluoxetine). Lamotrigine (Lamictal) is a mood-stabilizer that doesn’t control mania as well as lithium or valproic acid but is commonly used in bipolar depression.

How to apply this to writing

I know a lot of what I wrote above probably sounded like a textbook, but I think it’s important to be as accurate as you can when describing mental illness.

If you’ve considered creating a character with bipolar disorder, I hope the information above is helpful in guiding you through that process. The most important thing to recognize is that the “mood swings” seen in bipolar disorder are sustained periods of elevated or depressed mood, not something that changes from one minute to the next. Your character will probably have other family members with mental health diagnoses such as bipolar disorder or schizophrenia, and the character will usually develop the condition in her late teens or early twenties. Medications can be helpful in controlling symptoms, but people often don’t like taking them because of the side effects or “feeling numb.” Unfortunately, many people decompensate without medication.

Toward the end of Fangirl, I was worried that the main character was going to develop bipolar disorder, like her father. She was the right age, and there was occasional decreased need for sleep and increase in goal directed activity. I don’t know if Rowell wrote it that way on purpose, but it certainly added to the tension when I read it. By describing mental illness accurately, she made it much easier for me to buy into her story and to enjoy it from beginning to end. A little bit of research can go a long way in making your story believable.