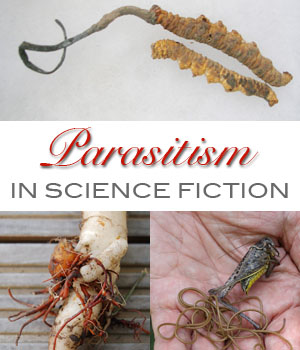 This article on writing parasitic creatures is part of the Science in Sci-fi, Fact in Fantasy blog series. Each week, we tackle one of the scientific or technological concepts pervasive in sci-fi (space travel, genetic engineering, artificial intelligence, etc.) with input from an expert.

Robinne Weiss is an entomologist, educator and author who writes speculative fiction and non-fiction for children and adults. She lives in beautiful New Zealand, which she populates with ecologically adapted endemic dragons. Visit her online at robinneweiss.com and follow her on Twitter.

You can’t study entomology without learning a thing or two about parasitism. Insects play roles as parasites, vectors of parasites, and hosts. They’re involved in some of the most economically and socially important parasitic relationships on the planet.

Parasitism is a juicy topic for speculative fiction writers, particularly science fiction and horror. The most famous fictional parasite is arguably the alien in the movie Alien (and subsequent Alien-franchise films). To refresh your memory, in the original movie, an alien creature attaches itself to the face of one of the crew members of a space ship. After some ineffective attempts to forcibly remove it, it drops off dead of its own accord. The hapless crew member seems unaffected by the ordeal … until the alien’s presumed offspring bursts from his chest at dinner one day. The alien then methodically hunts down and kills the majority of the remaining crew on the ship, growing larger and stranger with every meal.

First off, what’s a parasite?

Simply put, a parasite is an organism that lives in or on a host and feeds off it. It may or may not kill its host, and usually only consumes one or a small number of hosts during its lifetime.

There are various sub-groupings of parasites:

One of the most familiar ectoparasites is the human head louse. Many, if not most of us have experienced these little blood suckers first hand. On a parasite scale of 1 (benign) to 10 (deadly), these little insects are a 1. They grasp our hair with long curved claws that have evolved to perfectly fit a human head hair, and enjoy the free food our blood-filled scalp provides. Females lay their eggs on our hair (glued on with a biological cement that has defied parents with nit combs since at least 1500 B.C.) at just the right distance from our warm head to incubate their wee ones for maximum reproduction.

Other ectoparasites of humans include body lice and pubic lice, ticks, and mites (chiggers being the most well-known). In and of themselves, these ectoparasites are minor nuisances, but some of them can transmit bacterial or viral diseases like typhus, rocky mountain spotted fever, lyme disease, and others.

This is where the real parasitic fun begins. Let’s look at some of the most interesting examples of endoparasites, reflecting the diversity and complexity of parasitic relationships.

Horsehair worms (aka Gordian worms): These massive roundworms are parasites of arthropods, and are particularly common in preying mantids, grasshoppers, crickets, and cockroaches. Insects are infected by horsehair worms when they drink water containing the worm larvae or eat other insects that are infected. Once inside the insect’s gut, the worm grows, and grows, and grows. In extreme cases, they can reach 2 metres in length (though most are less than 10 cm), filling much of the insect’s body cavity. When mature, the worm alters its host’s behavior so it seeks water. The worm exits the insect, generally killing it in the process, and swims away to mate and start the cycle over again.

Cordyceps fungi: This genus of fungi parasitizes living creatures, mostly insects. Two well-known examples are ‘vegetable caterpillars’ and ‘zombie ants’. One of the common features of infection by Cordyceps fungi is behavior modification. Toward the end of an infection, the fungus alters the behavior of its insect host so that, when it dies, it’s optimally placed for the fungus to spread its spores. In the case of ‘vegetable caterpillars’, the fungus alters its soil-dwelling host’s behavior so it remains still in its burrow, just below the soil surface, head upward. The fungus fruits from the caterpillar’s head into the air above ground. In the case of zombie ants, the behavior modification is more dramatic. The fungus takes full control of the ant’s movements, making it walk to a perfect location for spore dispersal and in some cases even making it bite a leaf and hold on so it stays put after death. The fungus essentially hijacks the insect’s body to take it where it wants to go.

Lymphatic filariasis: This nematode is a parasite of humans that uses mosquitoes as alternate hosts and vectors. The cycle of infection begins when an infected mosquito bites a person, and the larval nematodes enter the person through the bite hole. They hang out in the person’s blood and lymph system, growing for many years before reproducing, releasing their babies into the person’s bloodstream to be sucked up by another mosquito and delivered to a new host. Over time, infection causes damage to the lymph system, producing swelling and a thickening of the skin known as elephantiasis.

Guinea worms: This is another long-lived nematode, but it deserves special mention for its size and mode of reproduction. It is vectored by copepods, which people ingest in unfiltered water. Guinea worms can grow to a meter long and as thick as spaghetti. When the adult female is ready to release her babies, she migrates to just under the person’s skin, usually on the leg or foot, causing a painful blister. 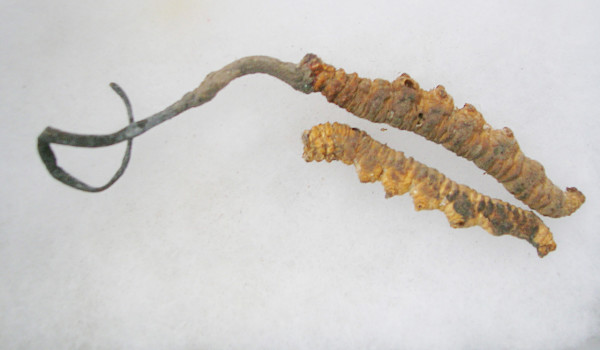 The person is drawn to water to relieve the pain, and the female breaks out of the skin and releases her larvae into the water. There is no treatment for Guinea worm, and no symptoms until the blister forms. The only way to remove one is to slowly pull it out when it emerges—a process that can take weeks.

Malaria: Possibly the most dangerous human parasite of all, malaria infects about 210 million people annually, resulting in 440,000 deaths. Five species of plasmodium make up what we know as malaria. The plasmodium’s life cycle is complex, and requires mosquitoes as alternate hosts and vectors. Malaria infects a person’s liver, and later their blood. It can linger in the liver for weeks or years, to reinfect a person anew, causing fever, chills, vomiting, diarrhea and headache.

Wolbachia: I’ve written about this reproductive parasite of arthropods before on this blog (see Gender Determination in Fantasy Creatures). Wolbachia infects female arthropods and essentially forces them to give up sexual reproduction in favor of cloning themselves. It can also confer resistance to diseases and other parasites, and can increase nutrient uptake by the insects. So, though we call it a parasite, it has some interesting beneficial side effects, and can create all-female races of super-bugs.

Parasitic wasps: Many groups of wasps are parasites—or more accurately, parasitoids, because they kill their hosts. These are the real-life aliens. Adult females lay their eggs on or in host insects. The larvae hatch out and eat the host from the inside out, saving the vital organs for last, to keep their food live and fresh for as long as possible. They usually pupate inside their now dead host, and chew their way out as adults. My favorite parasitic wasp has to be the giant ichneumon. This enormous wasp has an ovipositor (egg laying tube) 10 cm long that’s strong enough to drill through wood. The ovipositor has taste sensors on its tip, so the wasp can seek out beetle larvae living inside tree trunks to parasitize. When it’s ovipositor finds a tasty morsel, the female lays an egg in it.

Human bot flies: My favorite parasite is the human bot fly, purely for the ridiculous way it parasitizes people. This large noisy fly is too bumbling to lay its eggs on its host—we’d swat it away in a moment. Instead, it carefully catches a female mosquito and lays eggs on her body. The mosquito flies away unharmed (but probably a bit confused), and when she bites a person, the bot fly eggs hatch, and the larvae crawl onto the person, entering their skin through the mosquito bite hole. The larvae eat their way into the tissue under the person’s skin, growing to a hefty 2-3 cm long before dropping to the ground to pupate. Blocking off their entry hole (usually done with petroleum jelly or a chunk of meat tied over the wound), suffocates the larvae, and they either evacuate their host or die. 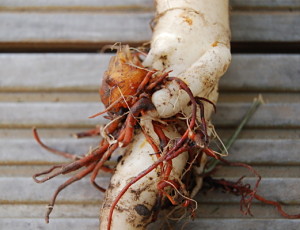 Broom rape: For the sake of diversity, I have to mention broom rape, a plant that is parasitic on other plants. Like most parasitic plants, broom rape does not have chlorophyl, so it can’t make its own food. Instead, it draws sugar, water and nutrients from its host plant by infiltrating its roots into the host’s roots. Broom rape seeds can remain dormant for years, only germinating when stimulated by chemicals produced by growing plants.

• They’re usually smaller than their hosts.
• They’re usually host-specific, attacking one or only a few species.
• Most parasitic relationships evolve over long periods of time (so we probably don’t have to worry too much about alien parasites), and almost every living thing is host to at least one parasite.

There’s plenty of inspiration to draw from within the natural world for creating fantasy, alien, or otherwise novel parasites in fiction. Pick a host and a parasite and go wild!