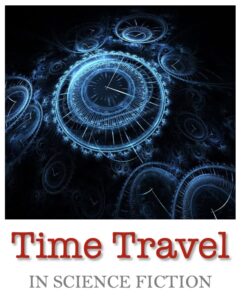 This article on time travel in science fiction is part of the Science in Sci-fi, Fact in Fantasy blog series. Each week, we tackle one of the scientific or technological concepts pervasive in sci-fi (space travel, genetic engineering, artificial intelligence, etc.) with input from an expert. Please join the mailing list to be notified every time new content is posted.

…and so Doctor Beckett finds himself leaping from life to life, striving to put right what once went wrong, and hoping each time that his next leap will be the leap home…

We all have things that went wrong that we would like to put right. Regret is a common emotion, and so it’s no wonder that one of the most popular science fiction tropes is time travel. From Doc Brown’s flux-capacitor equipped DeLorean to the Doctor’s Tardis to the standing stones in Outlander and Hermione’s time turner, this is a trope in both fantasy and science fiction. While time travel is more often associated with relativity than quantum mechanics, recent fictional interpretations are leaning more heavily on the quantum mechanical.

Time loops and the grandfather paradox

And note that this doesn’t have to imply violence on your part. If, for example, you take the taxi your grandfather was about to get into, and he decides now to cross the street in heavy traffic to get to another taxi and is hit by a car, then congratulations, you’ve killed your own grandfather. So this danger isn’t as easy to avoid as just reminding yourself not to kill anyone when you travel back in time.

One way this can be resolved is to make sure your time loops are closed. Perhaps the best example of this actually comes from fantasy, specifically from Harry Potter and the Prisoner of Azkaban. When Harry and Hermione use the time turner to go back a few hours in time, they actually encounter (from a distance) their own past selves. They are able to use things that happened the last time they experienced those few hours to guide their actions. They are able to succeed because they already know what happened.

What this means—and this is more radical than you might expect, so take a minute to think about it—is that their traveling back in time was inevitable. They created a closed time loop. Nothing changed, and yet it was only because they traveled back in time that they were able to succeed.

Harry and Hermione didn’t go back very far in time—just a few hours—which helped make this story line effective. Closed time loops work best in fiction when they’re short, because the ways in which one’s past self and present self interact have to be carefully controlled. The longer these time loops are, the more complex the scenario, and the more details you have to ensure are self-consistent.

Time paradoxes are an issue whether you are using magic or science to travel, and as you’ll see, quantum mechanics doesn’t really have a better solution to these time paradoxes for fiction writers.

In Avengers: Endgame, it’s Ant Man who suggests the solution to their dilemma might lie in time travel, and specifically time travel using quantum physics. But it’s Tony Stark who brings the science (sort of):

Quantum fluctuation messes with the Planck scale, which then triggers the Deutsch Proposition. Can we agree on that?

A little vocabulary for you here. You’re pros at the uncertainty principle by now, right? (you are if you’ve read this post about the quantum retcon!) In short, time and energy have an uncertainty relationship—changes in one will affect the other up to some small amount. This has the interesting effect that particles can spontaneously be created from nothing and then annihilated again. This causes fluctuations.

Now, the Deutsch Proposition. This comes from a 1991 paper by physicist David Deutsch, in which he showed that closed time loops are consistent with quantum mechanics. This sounds like it means time travel is no problem, but there’s a catch. Deutsch’s proposition relies on superposition, which you’ve already heard about in that piece on the quantum retcon. But what this means is that those time loops are consistent with a probabilistic scenario. If you are born with a 50% probability, and you go back in time and kill your grandparent with a 50% probability, then you still have a 50% probability of being born and voilà, time travel is self-consistent. For quantum particles, this makes perfect sense, but is a lot harder to visualize for a whole human being.

Time travel and the multiverse

One way to get around this issue is actually to lean into multiverse theory. The Michael Crichton novel Timeline does this. The time machine in this book forces a violation of the uncertainty principle, which somehow sends the occupants of their time machine to alternate universes (the “science” there is somewhat less clear). This sounds good so far. If you travel back to the 1300s, but in doing so you wind up creating a new branch in the multiverse, there’s no danger of accidentally killing one of your own ancestors. However, in Timeline, one of the people who has travelled back in time sends a message to the future, which compels more people to travel back in time. If multiverse theory—the basis of time travel in this book—is correct, then that message would have been received by entirely different people, not the ones he knew in his original universe.

This is done better in Avengers: Endgame. Their journey back in time and their subsequent steps lead them to a specific universe: the only universe in which there is a happy ending. They have even been told exactly how many universes there are in which they exist, and that only one of them has the outcome they desire. They’re careful to do all the right things to ensure they get the ending they want, and it’s consistent with multiverse theory. 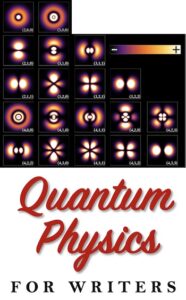 Using multiverse theory prevents time paradoxes like the grandfather paradox. You aren’t able to prevent your own birth in an alternate universe as your parents in that universe aren’t actually the parents that gave birth to you. Those parents are sitting safely at home in the universe next door.

So have we fixed time travel?

Multiverse theory doesn’t really solve the problem of time travel. It just places you in another universe, one where things worked out differently. But your old universe? That one where things are going terribly? It still exists, and things are still garbage. You’re just not there anymore to see it.

But don’t think about it too hard…