E.B. Wheeler has an MA in European history and an MLA in historical landscape architecture. Her work writing about history and historic preservation includes the scripts for Letterpress Software’s award-winning Exploring America series. Her previous post for this series covered witchcraft for writers. She also writes historical fiction and fantasy. Her first novel, The Haunting of Springett Hall, comes out July 2015. You should check out her blog.

So, you want to visit the past? Be aware that it’s a very different world than the one you’re living in now. You might scoff at fairy tales and ghost stories (at least in the daylight), but the people you encounter in the past most likely will not. Germs have not yet been discovered, nor have many of the means we now have for maintaining an illusion of control over our environment, so people find ways to make themselves feel safe.

Their world is full of harmful influences like demons, faerie, and witches, but also helpful ones in the form of God, angels, saints, and perhaps other friendly spirits. Rightful kings have special abilities too, both to keep nature in harmony and to heal with their touch.

If you’re going to visit premodern Europe, you need to think like the natives and be prepared for the unseen threats you may encounter in your everyday life. This means understanding their superstitions. This article assumes you are visiting medieval or early modern Europe (up to about 1700), though some of these superstitions were taken very seriously through the 1800s and even today. Don’t scoff. You may still believe a few of them yourself.

The inhabitants of premodern Europe saw time as a yearly cycle, especially in Catholic regions. Each day was governed by at least one saint or religious observance. Some days were bad luck for travelling, bloodletting, marrying, or other major events because of the religious festivals or saints they were associated with. In Wales, and perhaps other parts of Great Britain, Tuesdays and Thursdays were common times to encounter the faerie. Fridays were bad luck because Jesus was crucified on a Friday.

It was bad luck to marry during the fasting period of Lent because sex was taboo for that time of the year. Yearly rituals also brought good luck, like eating hot cross buns on Good Friday or a goose on Michaelmas, or giving gifts at the New Year.

Numbers were also important for determining luck. Numbers 13 and 666 were bad luck, while three, seven, and nine were lucky. Thirteen people should never sit down to a meal together, since there were thirteen at the Last Supper. The belief that people are renewed every seven years dates back at least to the Renaissance, so each seven year milestone of a person’s life was regarded as a time to be cautious, with 63 (seven times the mystical number nine) being the most precarious age of all—if you were lucky enough to live that long.

Because life was dangerous, people were very concerned about knowing the future. There were many ways to predict future events, including consulting a local cunning man or woman skilled in the magical arts, but astrology was probably the most popular—watching stars and planets to determine not only the future, but also the past and present. The belief that the heavens guided daily life and events was widespread, not just among the masses, but among the most educated elite and the nobility. The one thing you should never predict? The death of a monarch. It wasn’t just bad luck—it was treason. 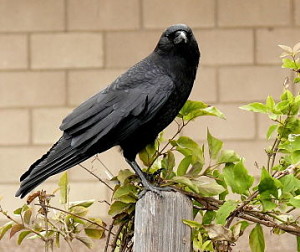 Premodern people spent much more time outdoors, close to nature, than most of their modern descendants, so they searched for omens in the weather and in animals. Some of these make sense—like watching birds or clouds to predict a coming storm—but others have no obvious explanation. It was bad luck to disturb a sparrow’s nest or have a rabbit cross your path, though carrying a rabbit’s foot was considered good luck, as it is today. Crows and ravens were often associated with death, but depending on the time and place, they could be helpful or dangerous, and often helped foretell the future.

Everything in the natural world had mystical properties, so medicine often employed strange combinations of plants, animal parts, and even pearls or gems to treat illnesses and restore the balance of the humors (fluids) in the body. Alchemy was the science that attempted to change the nature of materials—especially to turn common metals into gold.

Europe before the Reformation had a sense of community that is mostly foreign to the modern mind. Community extended not only among living family, friends, and neighbors, but also to those who had gone before and those who would come after. The dead trapped in purgatory needed the prayers of the living in their efforts to reach heaven, while the dead who had passed on could help or hinder the living. It was unlucky to disrespect the wishes of the dead, who might cause you trouble for ignoring them.

Charitable giving, both while alive and in your will, were good luck because the subjects of your charity might help you in the next life. For instance, some people believed if you gave a pair of shoes to someone in this life, in the next, you would have shoes to wear on your journey to heaven. You would not want to make your will too early, though—it could hasten your death.

Ghosts were known to return to help their friends and to harass their enemies. It could be difficult to distinguish between true ghosts and demons, though. Evil spirits were all around, waiting for the chance to pounce. In some regions, they could be invited in through an open window or by rocking an empty rocking chair. It was bad luck to leave fingernail clippings, hair, or other bodily leavings lying around since they could be used against you in a spell. Even sweeping could be an invitation to the forces of evil, and though the traditions vary, it’s probably best not to sweep at night or to use a new broom in a new house.

The faerie were also a major source of concern for premodern Europeans. They kidnapped infants and even adults as well as leading them astray or killing them for entertainment. They punished those who were sloppy or unchaste, though they might also try to seduce people. If they are chasing you, you can turn your clothes inside out to confuse them.

When you have a baby in the house—especially one who has not been christened—you can keep an iron knife or scissors opened to look like a cross in or near the cradle (but not where the baby can hurt itself, please!). Carrying an iron knife is a good idea while travelling through unpopulated areas. To keep the faerie happy, and perhaps even solicit their help, leave food and drink out for them while you sleep.

So, how do you protect yourself from all these dangers? An apotropaic is an object, symbol, or gesture meant to ward off evil. Depending on where you’re traveling or staying, your hosts may have various objects in their homes to protect everyone inside from evil, such as a cross made out of straw. Many of these were associated with annual rituals, often involving the purifying effects of fire. They varied widely by culture. 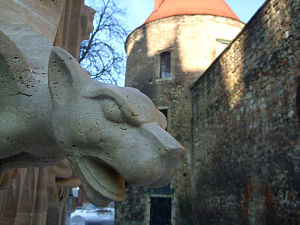 Grotesque figures, which could be viewed as either frightening or humorous, such as gargoyles in medieval Europe or Gorgons in the ancient world, were used to scare away or distract evil spirits. If you see images of eyes carved or painted on your drinking vessels or on ships, be assured that these are protecting you from evil.

If someone is dead, you can help make sure they rest in peace by driving a stake through their heart. This is especially important if they were suicides or died unrepentant. You might also make crosses over them or tie their feet together, depending on if you prefer spiritual or practical solutions to the restless dead.

Some animals offered protection against evil spirits, including man’s best friend. A spayed dog was especially effective against ghosts.

If your house was haunted and you lived in a Catholic region, a priest could perform an exorcism. If your area was Protestant, you were left with only fasting and prayer to drive out the evil spirits, unless you turned to a local cunning man or woman, who would employ traditional Catholic symbols mixed with popular magic to clear out the ghosts.

If you’re especially worried about something dark coming after you, there are also apotropaic protections you can carry on your person while you travel. Many objects were viewed as effective against evil. Garlic, silver, and mirrors were supposed to ward off certain evil creatures. Iron, and especially horseshoes, have long been known to keep evil away. If worst comes to worst, you can cross moving water, which stops most evil beings.

Some plants had protective power, including roses (especially wild roses), rowan (AKA mountain ash), and elderberries. Hawthorn could be protective, but was also regarded with superstition because of its association with the faerie—no one was supposed to harm a hawthorn tree or they might face the wrath of the faerie.

Objects with religious associations were seen as providing protection. With the advent of Christianity, the Bible, blessed wax, crosses—including making the sign of the cross—and holy water or holy oil were effective apotropaic symbols. Baptism protected infants from being kidnapped by the faerie, and being born on a Sabbath allowed a person to see through faerie glamours.

Bells—and especially church bells or those used in traditional funeral ceremonies—also frightened away demons and malevolent faerie. While we may not think of salt as religious today, in the past it was considered so. Spilling it was bad luck, which could be countered by tossing some over your left shoulder, into the face of the devil, who is always lurking there.

How to Handle Superstition

There were so many day-to-day superstitions in premodern Europe that it’s impossible to list them all here. If you are interested in a particular time and place, it’s best to research it to discover the details of what people there did to counter the harmful influences in the world.

It’s easy to look down on people of the past because of their superstitions, but they were not stupid. They lived in frightening, unsettled times, and humans do not do well with uncertainty. Many of their superstitions were very reasonable based on what they believed to be true. They did many things as well as (or better than) we do now—discovering techniques for treating illnesses or forging metal, for instance, which modern people still try to replicate. They simply lived in a different world than we do—one more richly populated with things unseen and unexplained. Their superstitions allowed them to function and evolve while maintaining an illusion of mastery over the uncontrollable forces in their lives.

A collection of old superstitions about daily life, mostly from Germany: http://www.pitt.edu/~dash/superstition.html

Religion and the Decline of Magic, by Keith Thomas

Magic in the Middle Ages, by Richard Kieckhefer

The Rise and Fall of Merry England, by Ronald Hutton