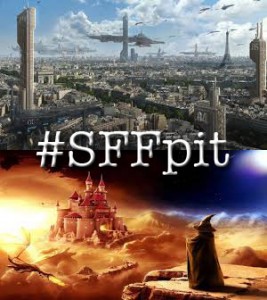 Over the past few weeks, I reached out to many agents who represent science fiction and/or fantasy to invite them to #SFFpit. Nearly all of them were kind enough to respond, and this in a month when everyone’s taking vacation or recovering from conference season.

My agent, too, reached out to some of her colleagues and friends. And here’s the good news. When the event began, I knew that at least twelve agents from ten different agencies would be participating. Imagine my surprise when 26 literary agents from 20 different agencies showed up to favorite pitches! They included:

We all know that agents are incredibly busy people, and these have all offered to take time out of their scheduled to watch the feed. Please, respect their time, follow their guidelines if you get a “favorite”, and wow them with your pitches!

I’ve reached out to some editors of small- and mid-sized presses as well. These are also busy people, but I managed to find at least five editors from four different presses who stopped by. Among them were:

There are others, too, but I either didn’t invite them (and thus can’t vouch for the press) or don’t have their OK to name them.

It’s not just pitching authors, agents, and editors who’ll be paying attention tomorrow. We may have some celebrity guests, as well. These awesome folks helped promote the event even though they won’t be pitching or favoriting anything:

There are many others who’ve helped spread the word about #SFFpit on social media or the blogosphere. Thanks to all of you, too! Let’s have a great event.