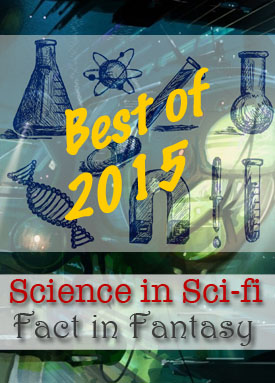 Back in 2014, I put out a call for scientists, physicians, historians, and other experts to share their knowledge with writers under the Science in Sci-fi, Fact in Fantasy blog series. Since then, I’ve hosted more than 70 guest posts on the scientific, cultural, and historical aspects of SF/F literature.

Last year (2015) was the first full calendar year for the series, making it awards-eligible for 2015 under the “Best Related Work” categories. We published 44 articles, which I’m thrilled about given how much other stuff was going on. I highly recommend that you check out the full series, but in case you’re pressed for time, here are some of the crowd favorites.

Thank you so much for reading! I hope this series has helped your writing as much as it’s helped mine.